Otto; or up with other pugs! 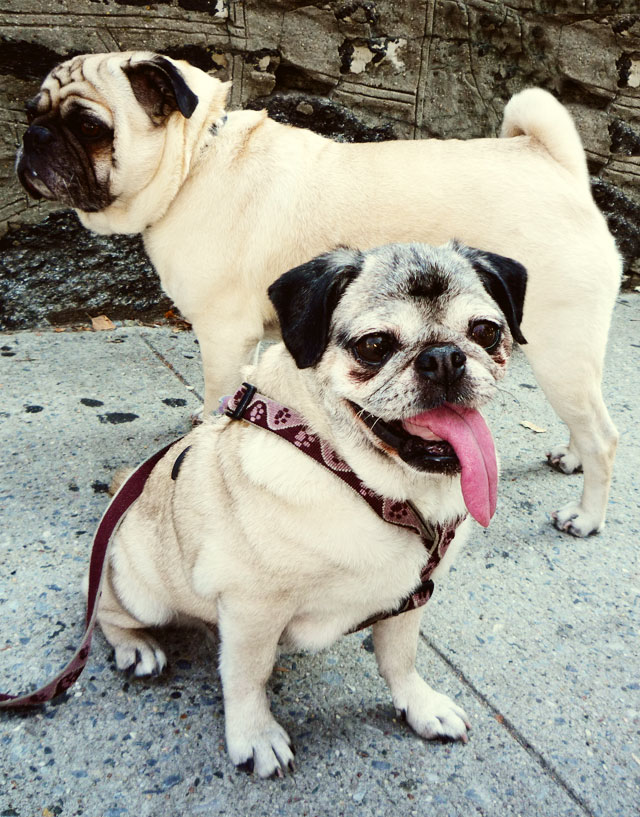 Youâ€™re all probably wondering why I would title this post Otto; or up with other pugs and all I have to say is that it was only a matter of time before I referenced a Bruce Labruce movieâ€”I love him so deal with it. Otto was a gay zombie in that movie, but in this post, Otto is a ten-year old neighborhood pug that fellow dog-walkers have told me about from time to time. In my book, thatâ€™s practically the same character. Anyway, we’ve taken Mamma Biscuit on extensive walks for the past two years in our hood and have never run into Otto the pug. I was beginning to wonder if he actually existed or if he was some fictitious pug that local dog owners made upâ€”you know, to gab about to one another while passing the time as their respective dogs sniffed each othersâ€™ butts. Well, we finally met the infamous Otto and boy is he everything I could have ever imagined and more. Heâ€™s a giant beast that basically sat on my foot waiting for me to pet him upon first greeting him. Weighing in at 32 pounds (yes, I said 32 pounds) Otto practically dwarfed our Biscuit Lady (15 pounds) making her look like a yorkie sitting beside him. Donâ€™t let these photos fool you, Mamma may be in the foreground looking â€œbigâ€ but Otto is massive and way bigger than she is! Now I know that female pugs are generally smaller than male pugs but if these two shacked up at a Best Western off the Interstate 95. . . . well. . . . letâ€™s just say Mamma wouldnâ€™t be able to walk for weeks after such an encounter! 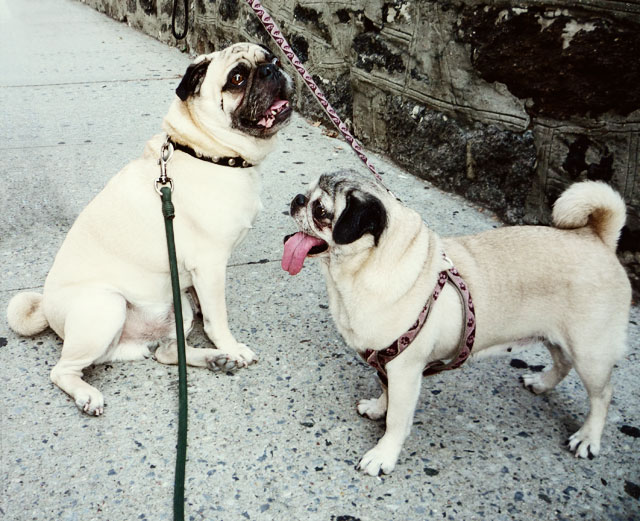 As I was chatting with Ottoâ€™s owner, Tommy snapped a few photos of this meet-and-greet between Mamma and Otto! Mamma seemed fairly interested in Otto, circling around his giant, stout frame and sniffing his butt and the feeling was mutual on his end too. I was shifting uncomfortably as the owner explained how she once tried to breed Otto with one of her friendsâ€™ pug but he was too â€œbigâ€ for her. YES, big as in body size and you know what. After a couple of days trying, Otto and his owner gave up. She said he was totally exhausted and slept for a few days afterwardsâ€”thatâ€™s how wiped out he was (and Iâ€™m sure, really frustrated too). But hey, at least he gave it the good ol’ college try! Now if only we can run into Gracie, the other neighborhood pug who happens to be a puppy mill rescue with an abnormally long tongueâ€”Iâ€™ll believe anything if and when that day comes! 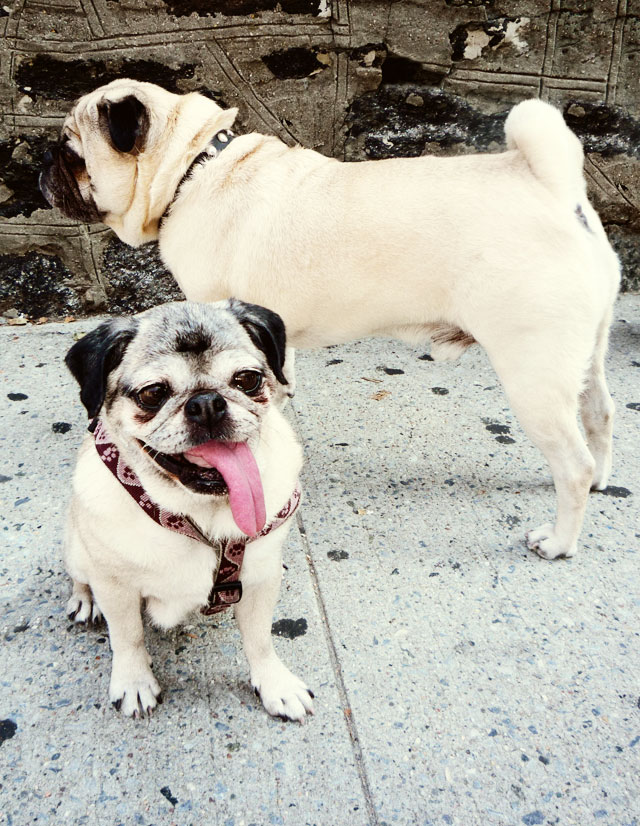