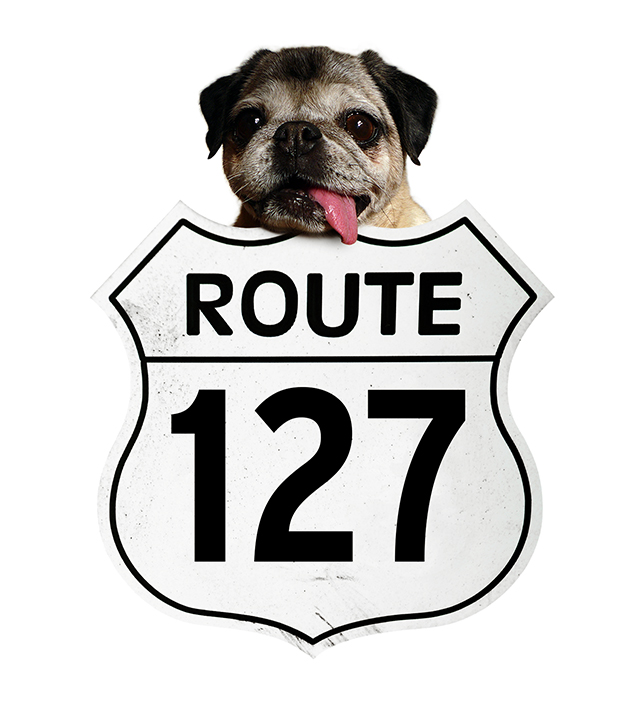 What would you say if I told you that there is a yard sale that stretches over 690 miles from Addison, Michigan to Gadsden, Alabama along Route 127? Would you believe me if I told you that it is aptly titled The Worlds Longest Yard Sale? Well kids, it’s all true and to a couple of junker junkies like Tommy and I, it’s a fucking dream come true. When Tommy first approached me about possibly venturing out to this event, I thought he was spinning a long and drawn out joke on me but once I sat down and pecked my computer keys away to research it all online, I too knew it was something that needed to be added to our bucket list. More importantly, it needed to be pushed ahead of the line to the very top of the list of things to see and do as soon as possible! Over the course of a four-day weekend every year in August, communities across five states along Route 127 welcome an onslaught of thousands of visitors from North, South, East and West looking to get their junk-on. There are literally homeowners selling stuff they’ve accumulated throughout the years as well as professional dealers and vendors in clusters along the route all with one common goal in mind—to look, haggle, buy and sell! Since this event took place in the dead of August, we knew from the start that Mamma Biscuit would have to sit this road trip out. It’s unfortunate because it would have been so amusing to have our little gremlin along for the ride through these parts of America but I just didn’t want to chance having her be really uncomfortable outdoors in the unbearable heat. It seems almost silly now to think about the Summer heat as we are just about to enter the cool Autumn season but this year seems to be flying by so quickly. Before I know it, Mamma Biscuit will be sitting on Santa’s lap snorting her Christmas list into his ear!

At any rate, Mamma Biscuit spent her days with grandma in Westchester County being pampered like the queen that she is while Tommy and I drove out to Crossville, Tennessee to start our junking tour. Our plan was to take this yard sale from Crossville, Tennessee into Danville, Kentucky and than on through Harrodsburg, Lawrenceburg, Frankfort, and Covington, Kentucky and concluding our tour in Cincinnati, Ohio. Visiting this part of the country was like walking on Mars. The people were very friendly but very Christian and bibles, billboards reading “are you prepared? Jesus is coming” and giant lawn crosses seemed to materialize out of nowhere! Our first night in Tennessee was spent at the lovely McCoy B&B somewhere out in the back roads of Dolly Parton land run by a married couple, Annette and Bill. Nothing seemed more welcoming to an Atheist like myself (after an entire day of driving) then to find a giant edition of The Amplified Bible on our night stand in our room. Fortunately, both Annette and Bill made sure we were very comfortable and cozy in every way possible. We spent the following day riding through Tennessee into Kentucky while stopping every ten minutes to shop at vendors along the route and boy was that a whole lot of fun. You haven’t really experienced a yard sale until you can drive from vendor to vendor. During that first day out, I started to think that it would have been totally fine to bring Mamma Biscuit with us. Well, better to be safe than sorry! Our second evening was spent in Danville, Kentucky where we stayed at The Farm, a lovely estate run by Angie & Roy. Our accommodations were incredible. Our bed was the size of a California King and we had a jacuzzi tub in the biggest bathroom I had ever laid eyes on. I got totally lost in the glamorous accommodations that I forgot I was actually in Kentucky or that I had a car load full of vintage Christmas goods from the yard sale.

By the time we drove into Cincinnati, Ohio, we could barely see beyond the pile of treasures in the back seat of the car blocking the rear window. When we got to Cincinnati, everything changed. Firstly, the moment we drove over the Ohio River, we went from beautiful Kentucky country land into the slums of WKRP-Cincinnati. We checked into The Parker House, the oldest B&B in the city (1870) run by Mark and Patti. This house was beyond my wildest imagination. It was a cross between V.C. Andrews’ Flowers in the Attic, Norman Bates’ home in Psycho and Nicole Kidman in The Others! We were greeted at the door by a man named Mark who could have been the oldest hippie biker I have ever seen in my entire life. He had a ZZ Top beard and mustache and began regaling us with stories about being a trophy husband who built “this house” up from ruin to what it is today. Patti never materialized and since both Mark and Patti lived in the attic of the house, I just assumed she was either dead and mummified or she was just a figment of Mark’s imagination. Let’s just say that we had a giant suite that had a fireplace with maroon rugs, civil war furniture, heavy velvet drapes, a bedroom with a bed that I swear the Queen of Austria must have slept in a hundred years ago and a bathroom with a beautiful giant claw-foot tub. Now listen up people, Cincinnati turned out to be the most dilapidated and sketchy city I have ever visited in my entire life—and that says a lot from a man who’s well traveled and lives in New York City. The whole fucking city was either under construction or resembled the Bronx in the 70s, when it was burning down! Kiev in Ukraine has more commerce and a thriving pedestrian life than Cincinnati—with less homeless people too! There is absolutely no reason why anyone would want to visit this city outside of laughing at the pitiful Saks 5th Avenue in the downtown area or visiting The American Sign Museum—and even then, the curation of the vintage signs and ironically, the actual sign for the museum itself were both questionable! Tommy and I stumbled upon what could have been the only gay establishment in the city on the first day we were there. It was a bookstore/magazine/backroom/rainbow jewelry stand run by a despondent guy named George who put a sign up on the front door that read, “No Hustlers Allowed” and a sign by the dildos and magazines that read, “don’t fuck up the magazines and if you’re caught playing, we will throw you out” As I was reading the anti-hustler sign (and being slightly offended) on the front door before entering, some guy in a van drove by on the street and started blowing kisses at me in an effeminate way. Both Tommy and I burst out laughing! I couldn’t imagine what life would be like living as a gay man in Cincinnati. Strangely, the yard sale seemed to disappear once we got into Cincinnati and after visiting for a full day, we too wanted to disappear from the city entirely.

At any rate, since I have kept you all abreast of our seasonal vintage finds from time to time on Mamma’s little corner on the web here, I’d like to dedicate this post to all the great things we found along our five-day excursion junking through America. If these acquisitions aren’t another glaring sign that I need a bigger Christmas tree then I don’t know what is! So enjoy the photos and hopefully, these ornaments will inspire your seasonal decor! 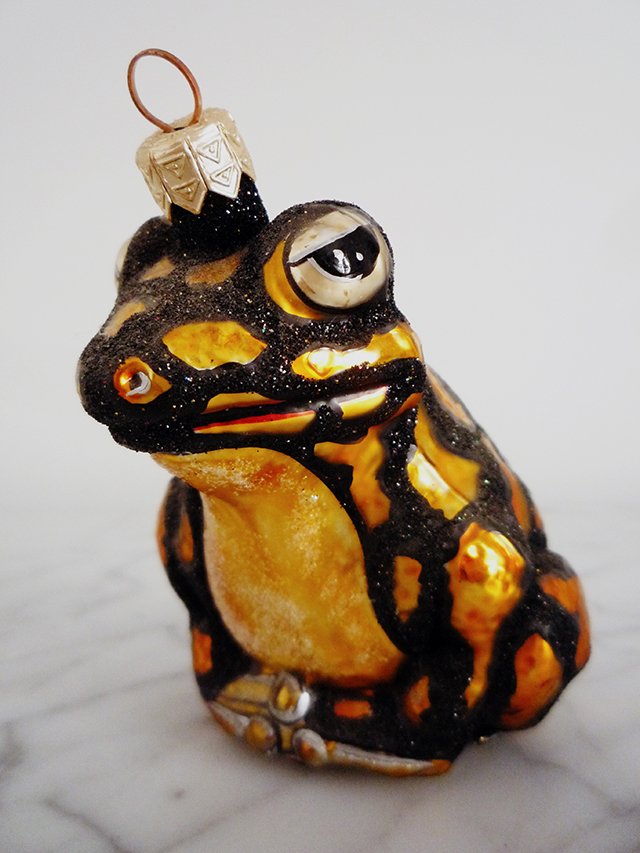 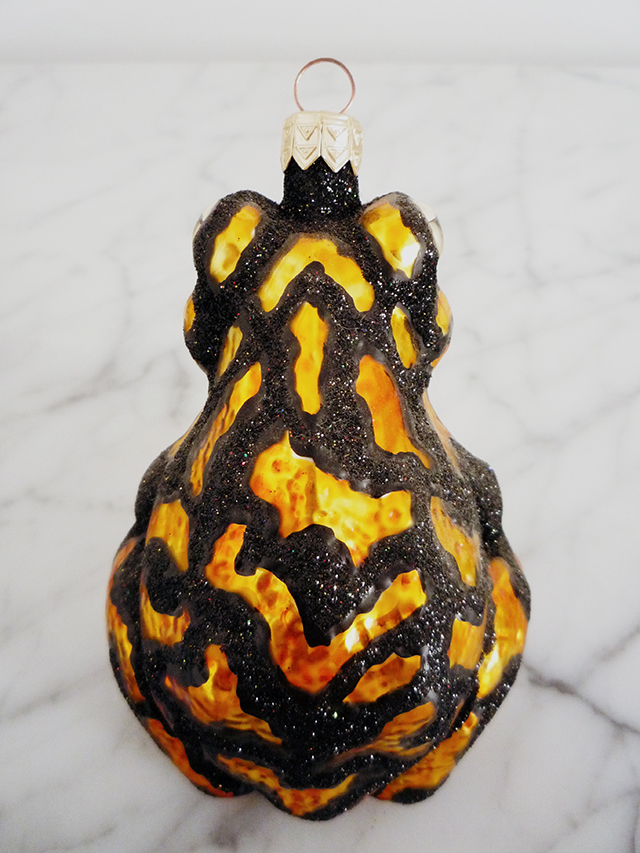 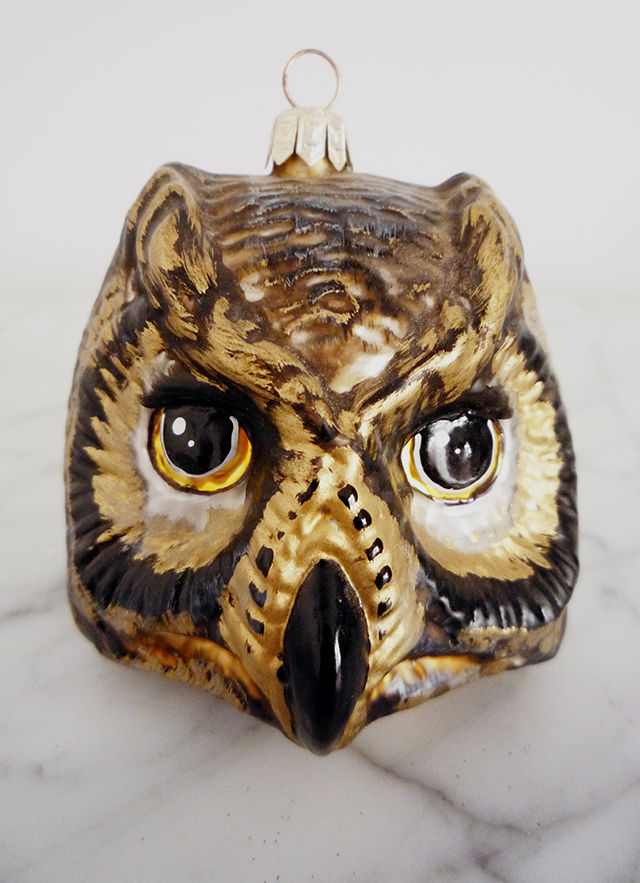 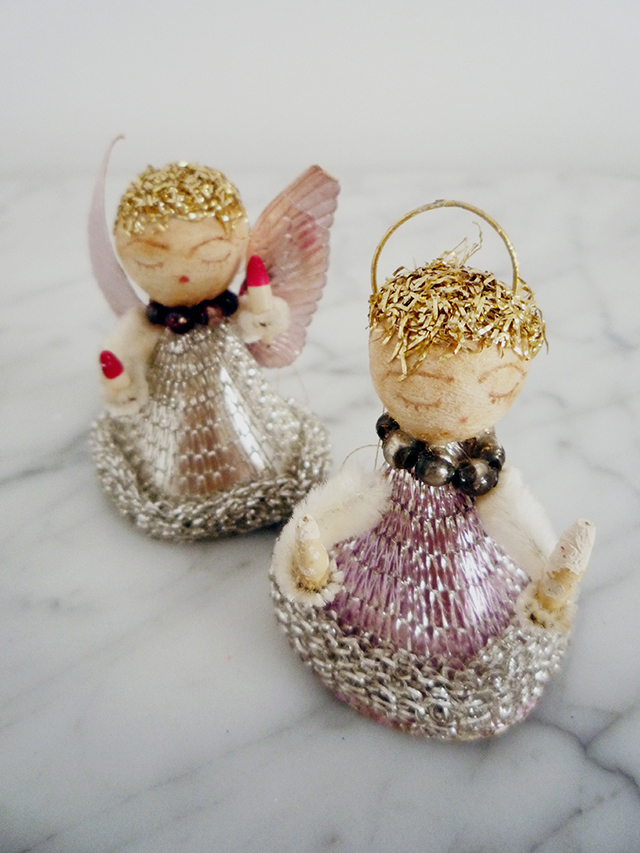 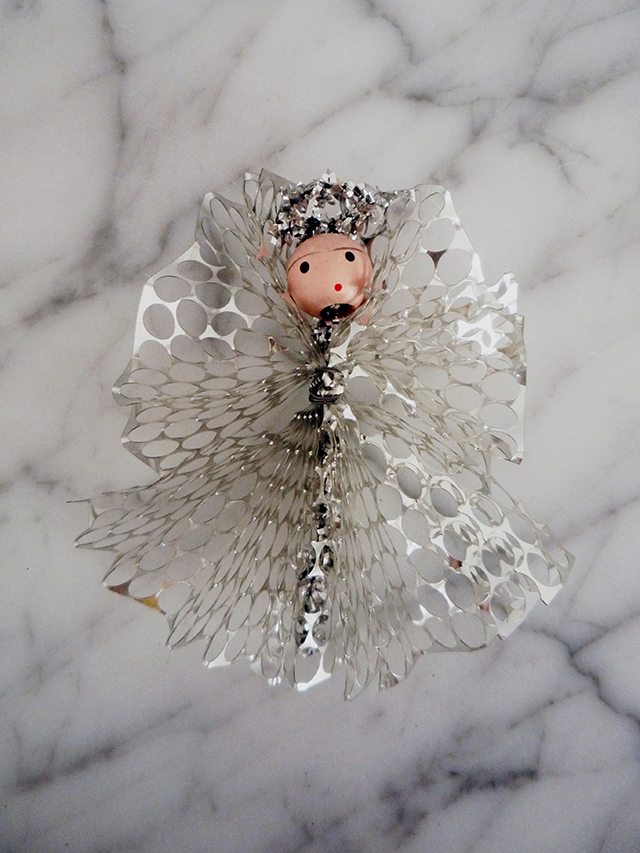 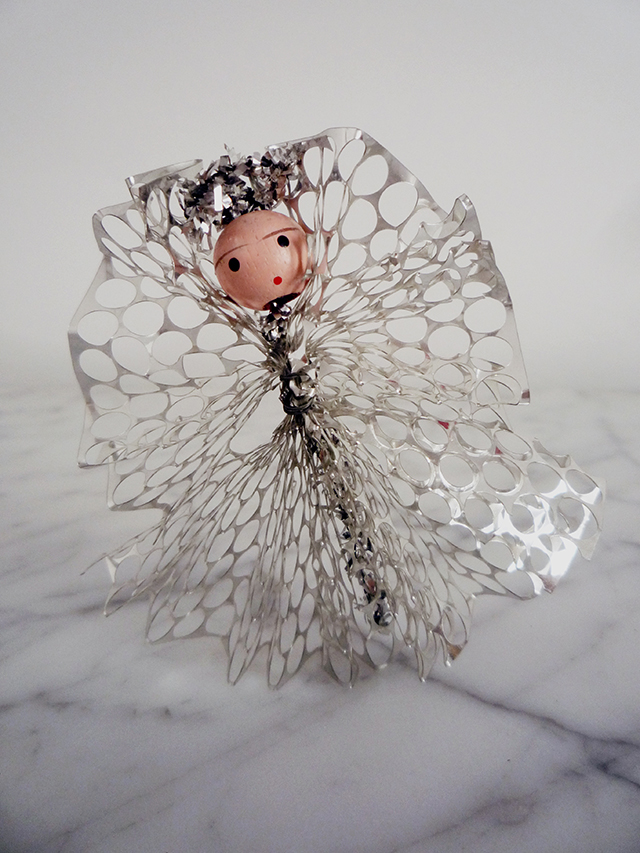 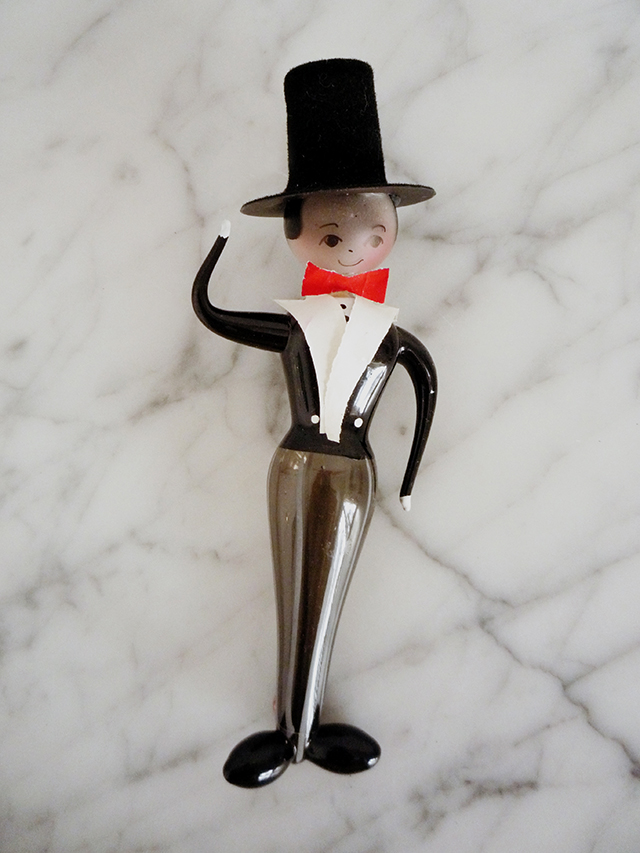 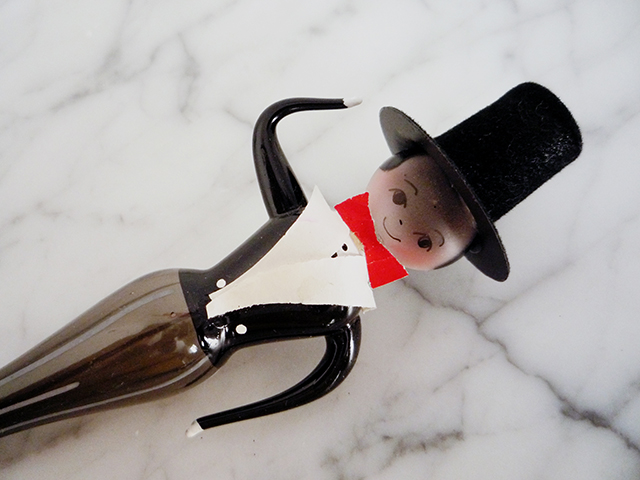 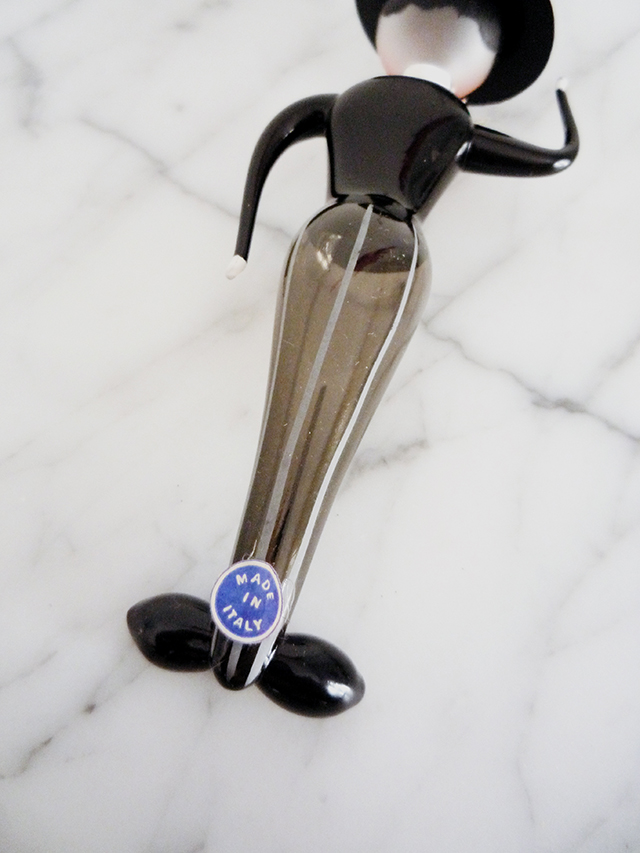 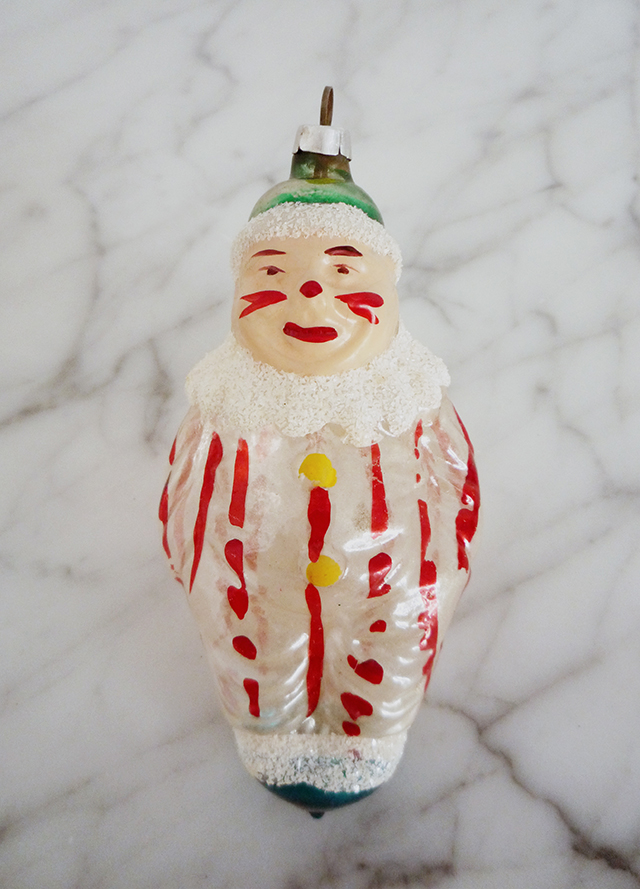 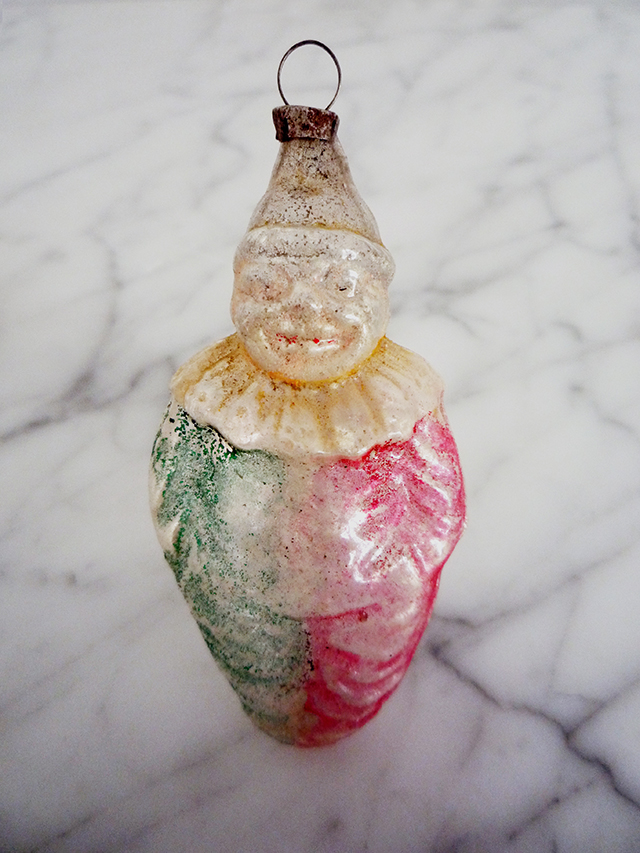 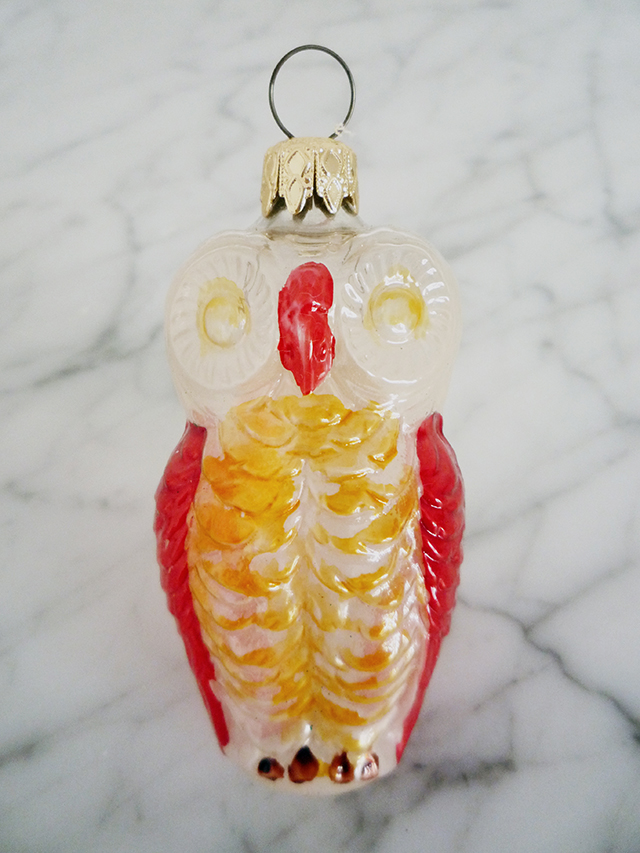 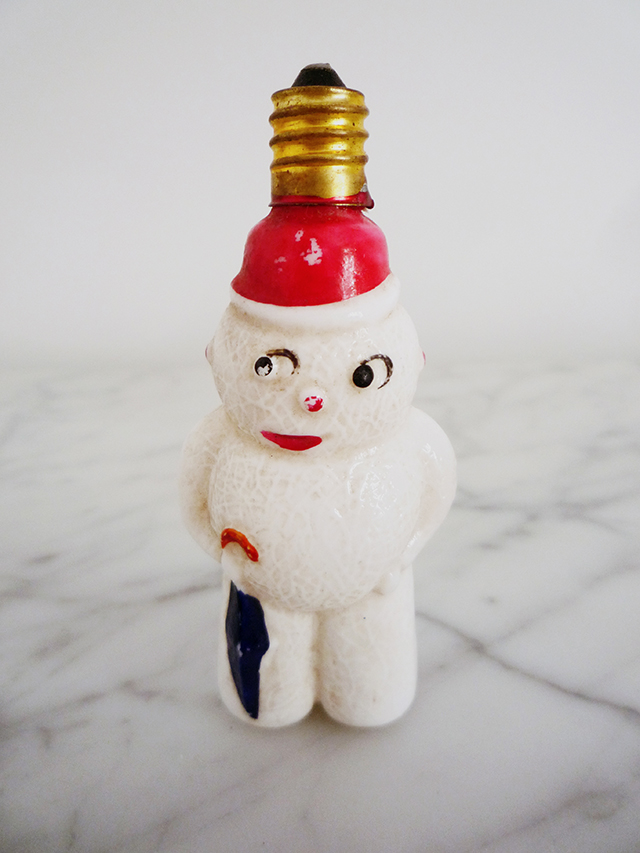 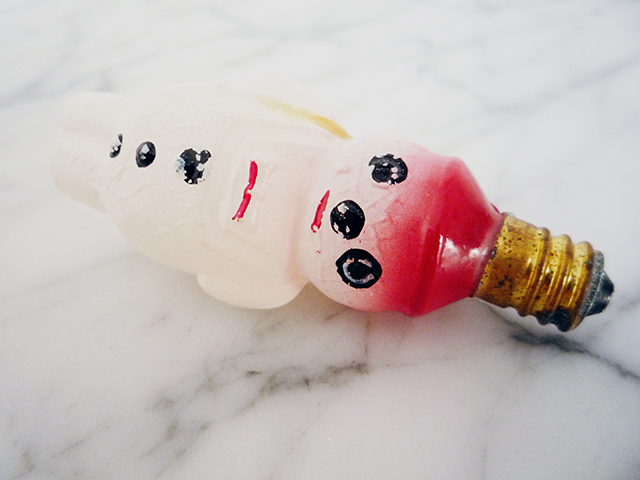 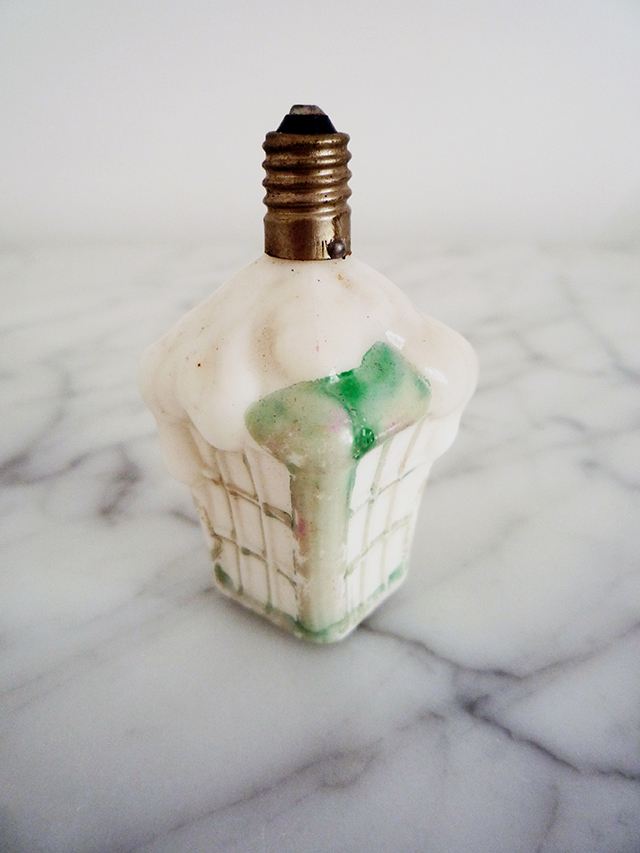 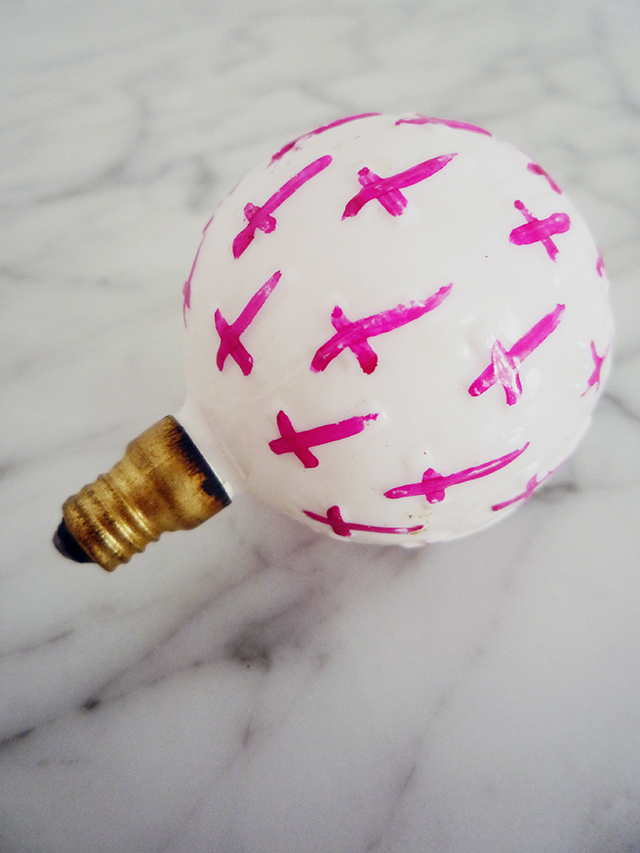 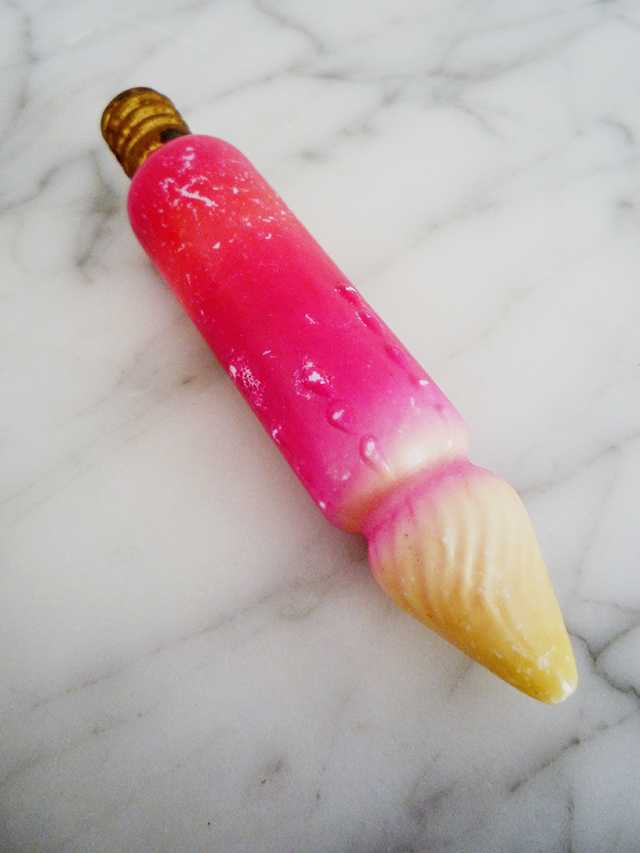 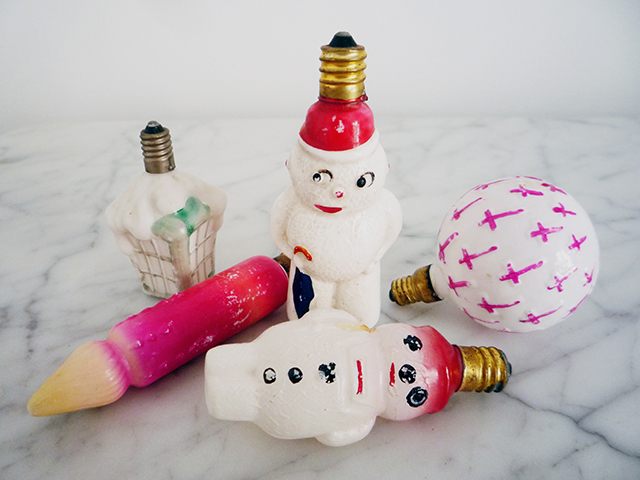 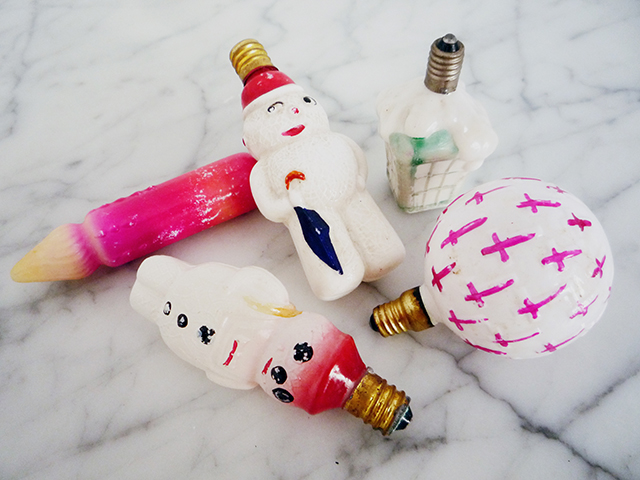 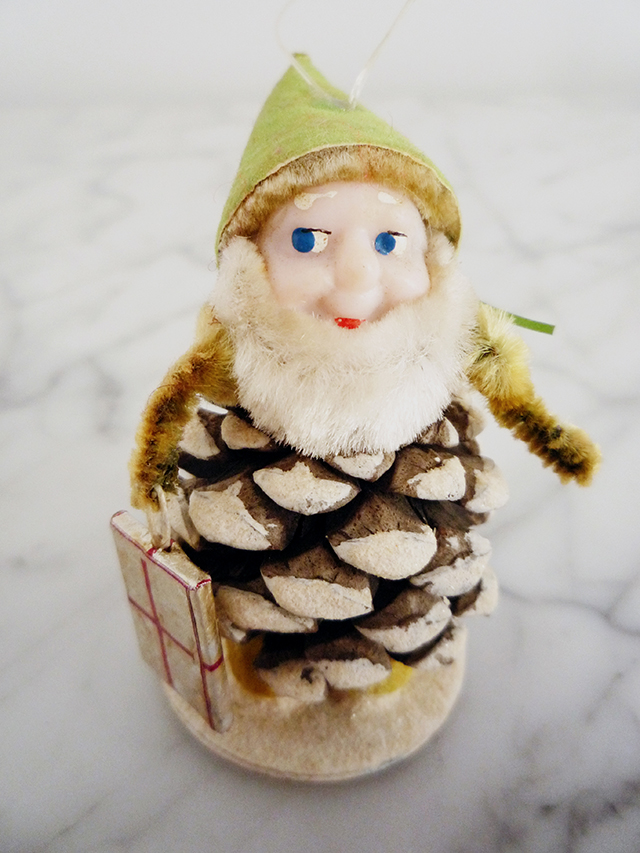 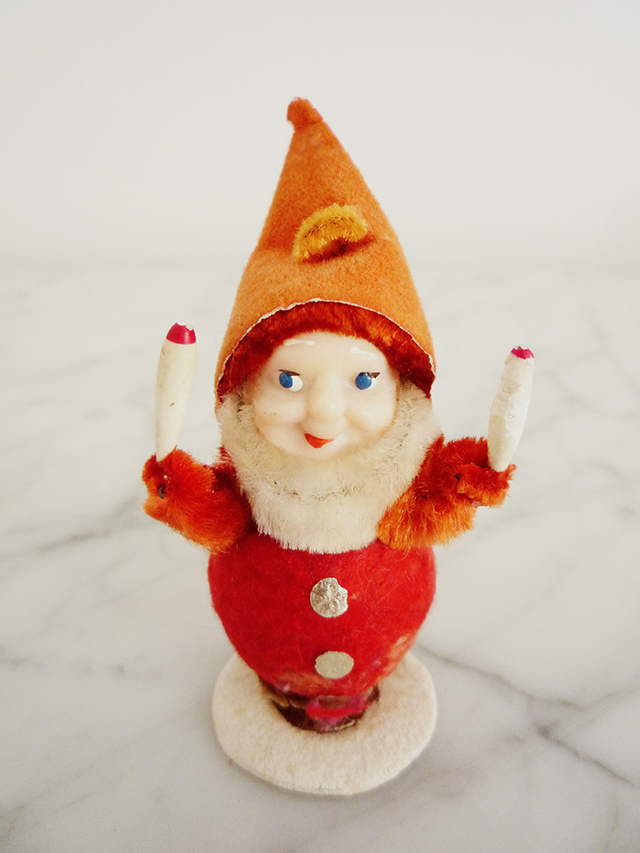 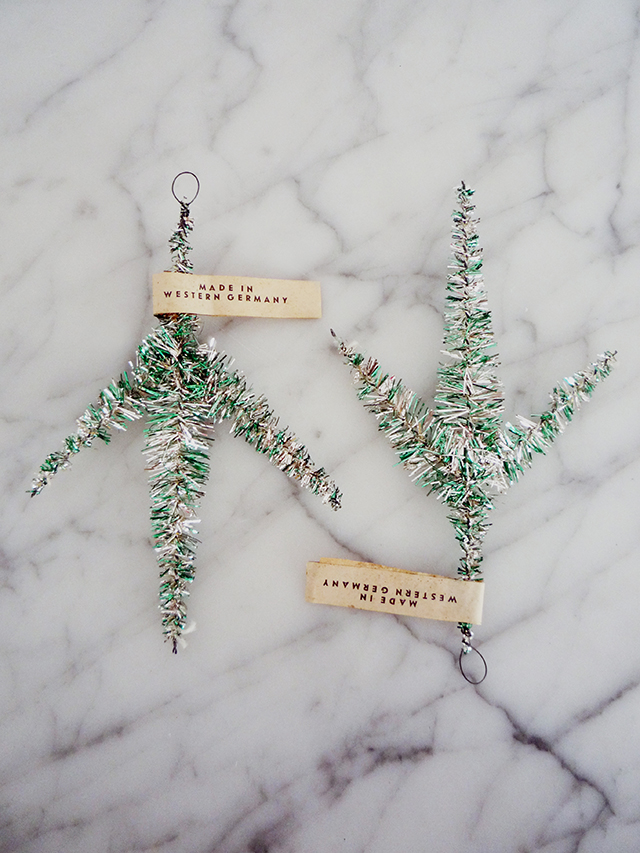 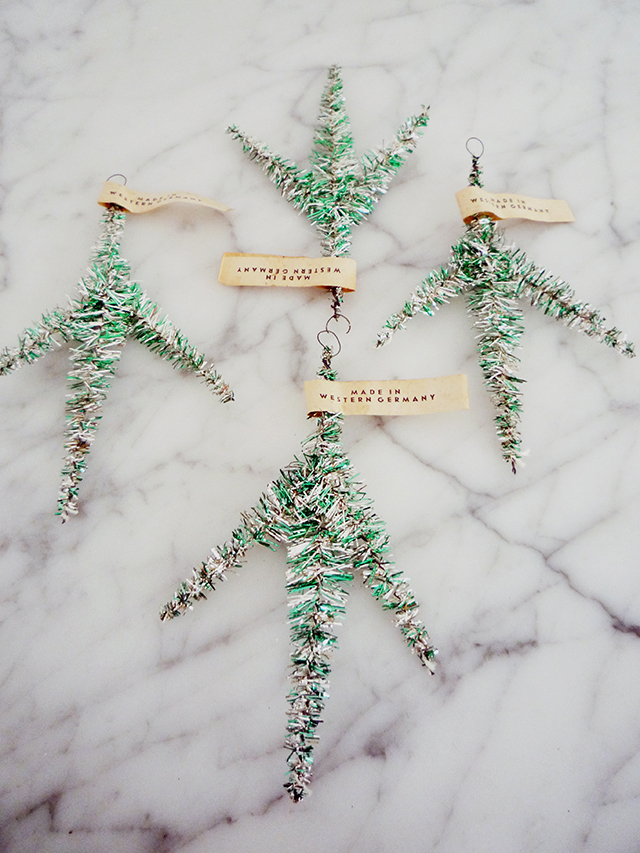 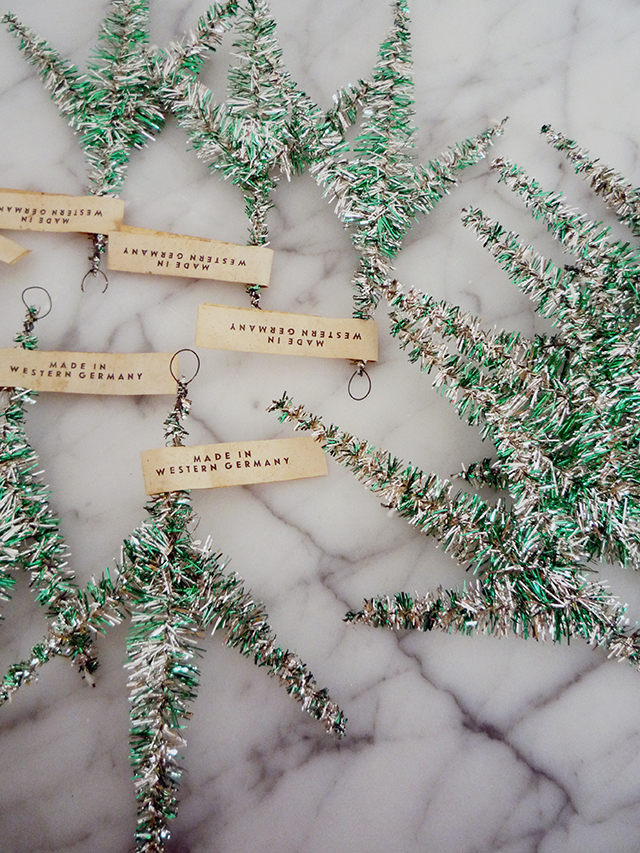 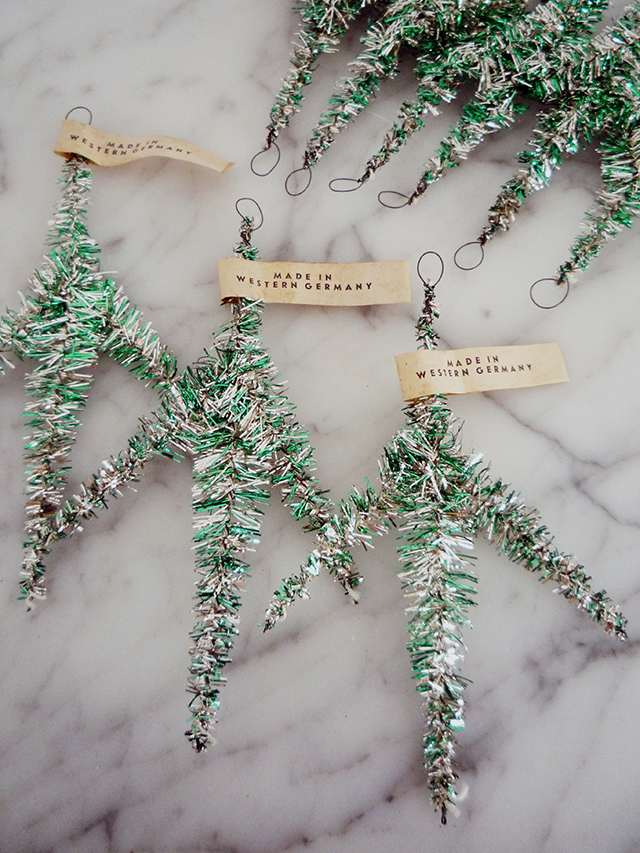 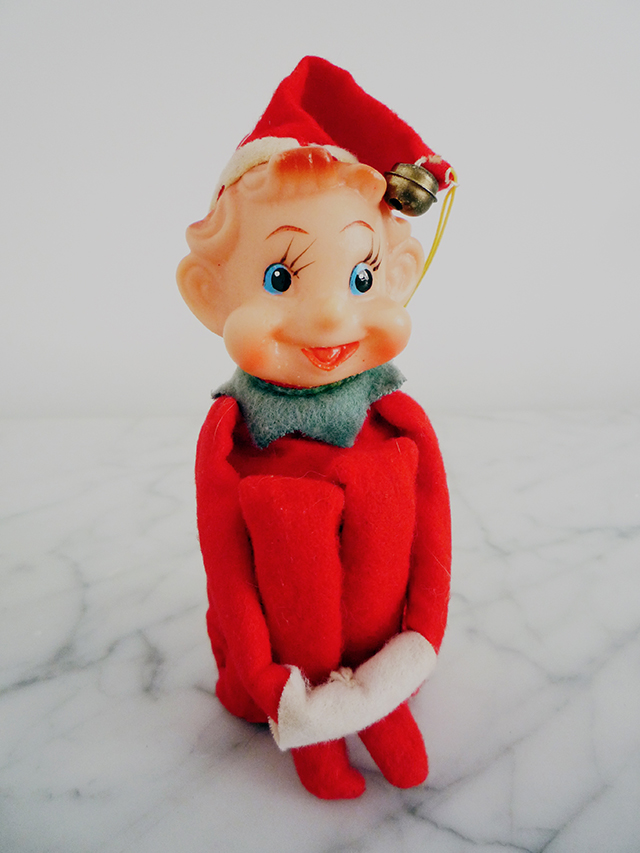 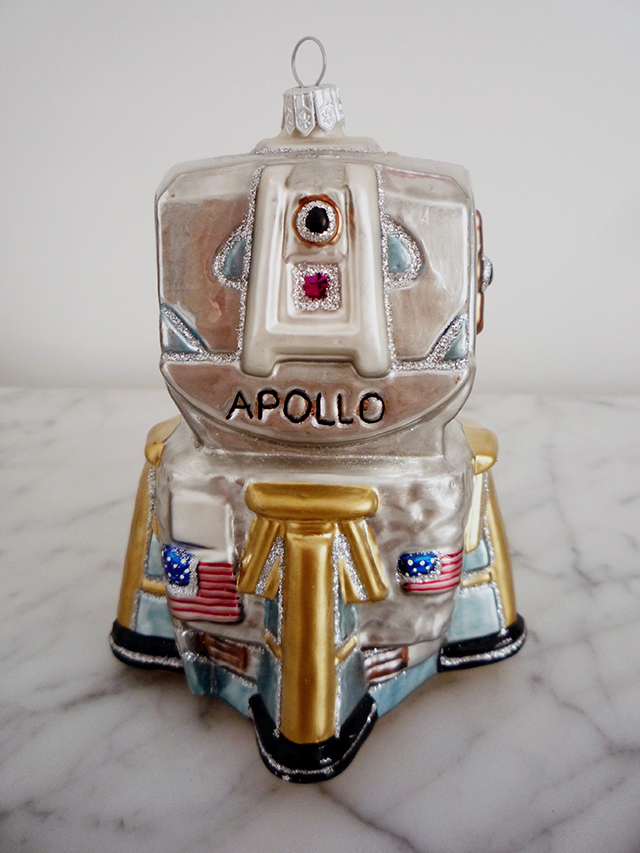 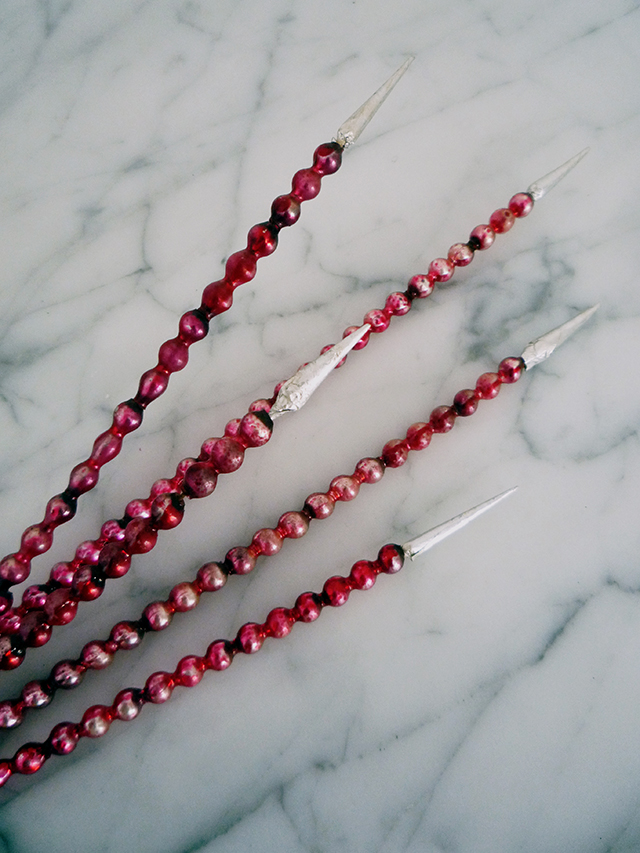 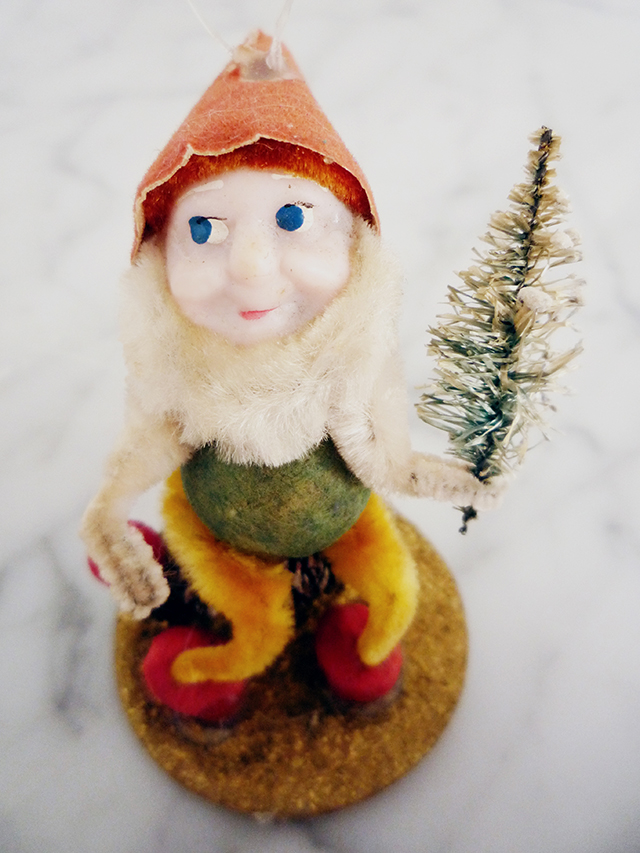 This entry was posted in Travel, Vintage. Bookmark the permalink.

2 Responses to Treasures Along Route 127!