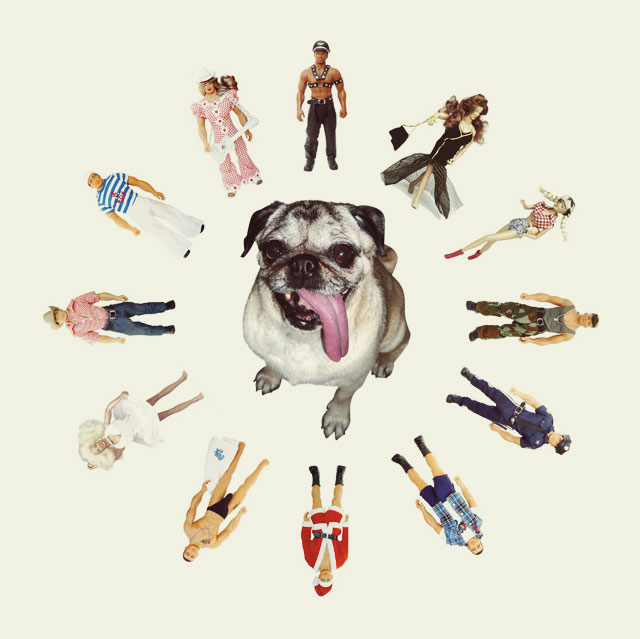 Mamma Biscuit and her two dads would like to wish everyone around the world a very HAPPY GAY PRIDE! Today is a day we take pride in the affirmation of ourselves and the community as a whole. Itâ€™s also a day we assemble to watch bare-chested muscle studs running around, weaving in between giant disco-floats and sweaty drag queens shuffling along a steamy, hot and humid parade down 5th Avenue in NYC. All kidding aside though, our movement as LGBT people is about pride in our sexual orientation and gender identity, that diversity is a gift and should be celebrated not feared, and that sexual orientation and gender identity are inherent and cannot be intentionally altered!

Today is a day to remember and honor the courage of those in 1969 who finally took a stand against authority and demanded to simply exist and gather within a self-made, gay community without being physically assaulted and incarcerated through police raids. The Stone Wall Riots not only set us off into a movement that would liberate us sexually as well as socially, it united us during times of crisis such as the onset of the Aids epidemic and continues to push forwardâ€”changing the mainstream views about who we are as people. We will not be defined and morally judged by the sex that we have but by our individual character, talents and positive contributions to the small communities that we live in and to the world at large! As we push forward with our fight for Marriage equality on a nationwide level (New York state just becoming the 6th state to grant marriage equality this weekend, congratulations) and being able to serve our country openly and honestly, letâ€™s us remember how far weâ€™ve come. 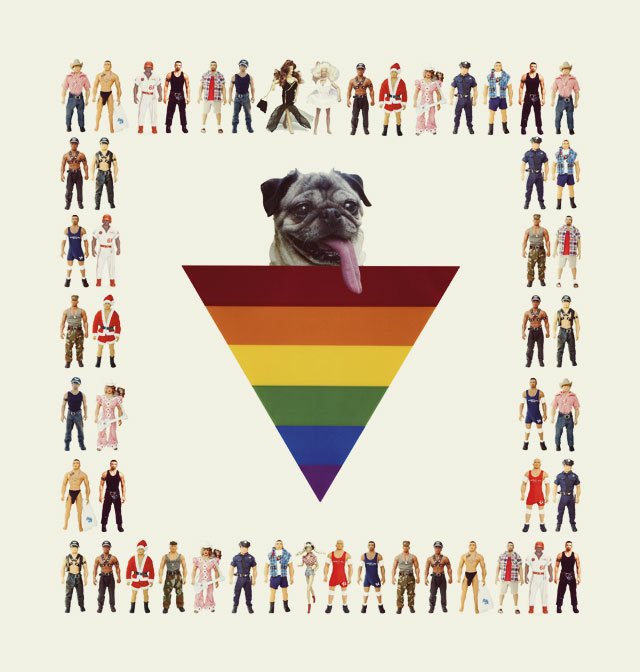 Today is our day to celebrate our identity and the diversity and talents we bring to the global tableâ€”not only because we have overcome many of our own personal demons of shame but because throughout our fight, we now have the opportunity to do so in such a public way. More importantly though, today is a day to remember all those around the world who donâ€™t have a voice and the power to pursue a fulfilling, liberated life. Those who continue to suffer physically and emotionally under homophobic laws and communities that openly use violence against LGBT people. As a gay man living a fabulous life with a long-time partner in NYCâ€”all while toting around a pug with an abnormally long tongue, itâ€™s easy to forget the suffering of all those who remain in the closet from all corners of the world for survival. Eighty countries around the world still maintain laws which make homosexuality illegal. In Iran, Mauritania, Saudi Arabia, Sudan and Yemen, as well as parts of Nigeria and Somalia, homosexual acts are punishable by death. In Egypt if a gay relationship becomes public, the police may use it as evidence in a criminal indictment for the various laws against Satanism, prostitution and public immorality. In many African countries, such as Zimbabwe and Zambia, homophobia is legitimized by governments. Criminalization of homosexuality remains strong in more than half the countries in Africa, and gay people face persecution and violence from police, employers, hospitals and community organizations. A Gay Pride Parade in Russia is met with homophobic skinheads (not the hot and sleazy kind you find on Recon) with bricks and bottles, ready to violently attack anyone who shows a shred of positive identity as an LGBT person. And despite how far LGBT rights have come in Israel, Australia and parts of Europe (especially in countries like Denmark, Norway, Sweden, Iceland, Netherlands, Germany, England, France and Spain) Italy is still by far the worst in Western Europe when it comes to gay visibility and acceptance on a day-to-day basis all due to the pathetic fears and shame that the Vatican imposes on the country. Eastern European countries such as Hungary, Bulgaria, Poland and Romania are no picnic either when it comes to gay tolerance as almost all LGBT couples wouldn’t feel comfortable on any given day to walk hand-in-hand with their partner in public let alone have any political voice concerning laws to acknowledge and protect them. Closer to home, Jamaica (voted most homophobic place on the planet by Time Magazine in 2006) and Haiti among other countries in Latin America such as Brazil (surprisingly) and Mexico are all places that have mind-boggling statistics of violence against LGBT people. Every two or three days a person is killed in Brazil in violence connected with his or her sexuality and in Mexico, the reported figure is nearly two deaths a week (UN Aids, 2009). Though no country in Latin America criminalizes homosexuality, clearly, there’s still pervasive homophobia that thrives on a daily basis. The violence toward LGBT people in these two countries (and throughout Latin America) hinders efforts to prevent HIV which then compounds the stigma of homosexuality and encourages more violence and no solution in sight!

So as we dance around on 5th avenue today, kissing, holding hands, drinking lukewarm vodka from a Poland Spring bottle and chanting Lady Gagaâ€™s Born This Way (which in my opinion is a lame version of Madonnaâ€™s Express Yourself, but I digress) let us remember how fucking lucky we are that we have such a rich history of courageous LGBT people and FIERCE drag queens who started this great, wonderful path toward freedom, celebration and unity! Let us remember that the core ideals of Americaâ€”life, liberty and the pursuit of happiness is at the root of any kind of fight for equalityâ€”whether it be race, gender, sexual orientation or religious freedom. Mamma Biscuit knows a thing or two about being confined and oppressed by a corrupt and powerful source and she has now found her freedom and her happiness with usâ€”the same way we will find our equality and our true happiness as valued and respected American citizensâ€”and one day, as global citizens!

This entry was posted in Holiday, Soapbox. Bookmark the permalink.

11 Responses to Mammaâ€™s got Pride!