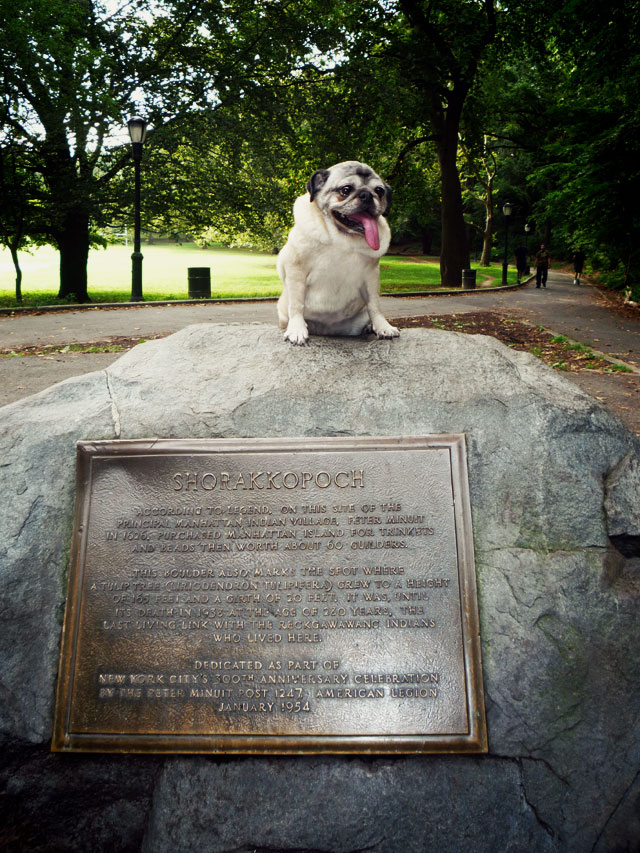 If the Lenape Indians had known of the kind of bargain Dutch colonist Peter Minuit was negotiating when they exchanged the island of Manhattan for beads and trinkets in 1626, the deal would have never happened. Actually, if the natives could have envisioned their natural habitat one day turning into the concrete jungle Manhattan is today, Peter would have been lucky to have left the site without a spear through his head. Shorakkopoch Rock, situated in Inwood Hill Park was placed to mark the spot where this rip-off-of-a-deal happened. Although the Lenape Indians had no concept of private ownership, the story is that a transaction of beads and trinkets valuing 60 guilders or $35 in today’s currency (although Iâ€™m assuming probably less considering our economy is currently in the toilet) was made for the purchase of the entire island of Manhattan! Now who says Canal Street is the only place to get a good deal on expensive goods in New York City? I mean really, if Manhattan was that inexpensive then I could only imagine how easy it was to acquire the other boroughs of New York City. These early settlers must have gathered a slew of flag poles and simply shoved them into the soil of every spot they walked on! 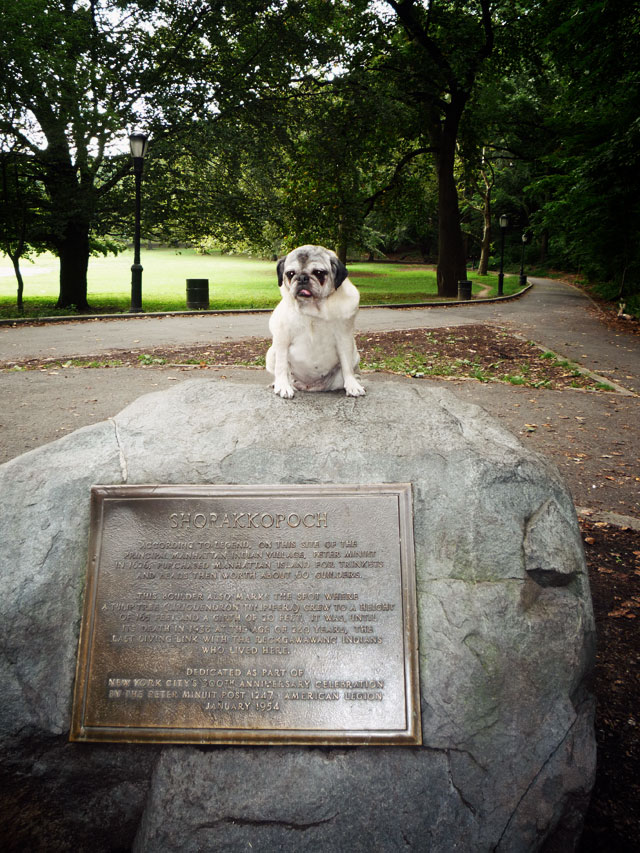 Anyway, some believe that this transaction happened further south since Inwood was still largely wilderness back then however, Shorakkopoch Rock was placed to mark the spot near the river where this all went down. The literal translation of the word Shorakkopoch can either mean the wading place, the riverâ€™s edge or the place between the ridges. All I can say is that it is a stoneâ€™s throw away from the channel of water connecting the Hudson River to the Harlem River and affords any visitor some great views of the Henry Hudson Bridge. 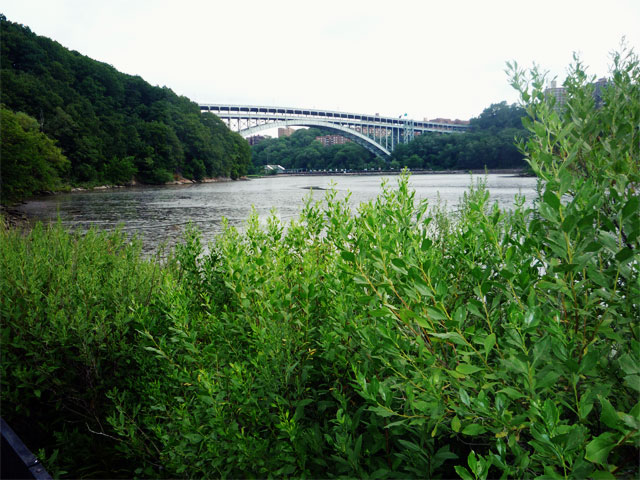 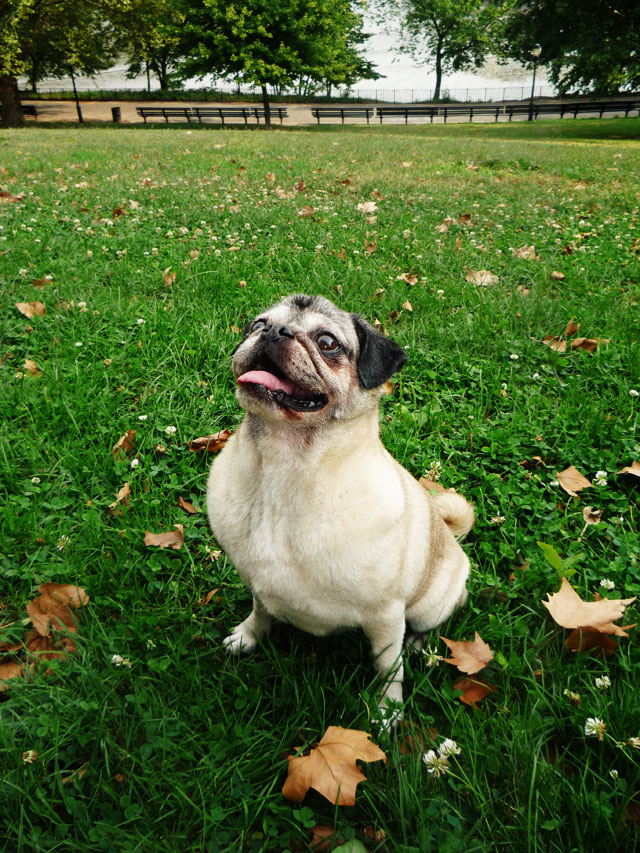 Mamma and the Biscuits took a stroll through Inwood Hill Park in search for this monument last Saturday morning. The park itself encompasses 196 acres of wilderness, hiking trails, parts of the Hudson River Bike Path and Indian caves that were discovered in the late 1800â€™s. Too bad the humidity levels were high and Tommy and I were eaten alive by those pesky mosquitoes otherwise we would have gone further into the park in search of some of those old Indian trails leading to the caves. Autumn is just around the corner and weâ€™ll definitely return but for now, we did get a chance to have Mamma Biscuit lay claim on that rock. Manhattan has come a long way since 1626 but nothing is more monumental to this city than Mamma Biscuitâ€™s arrival! 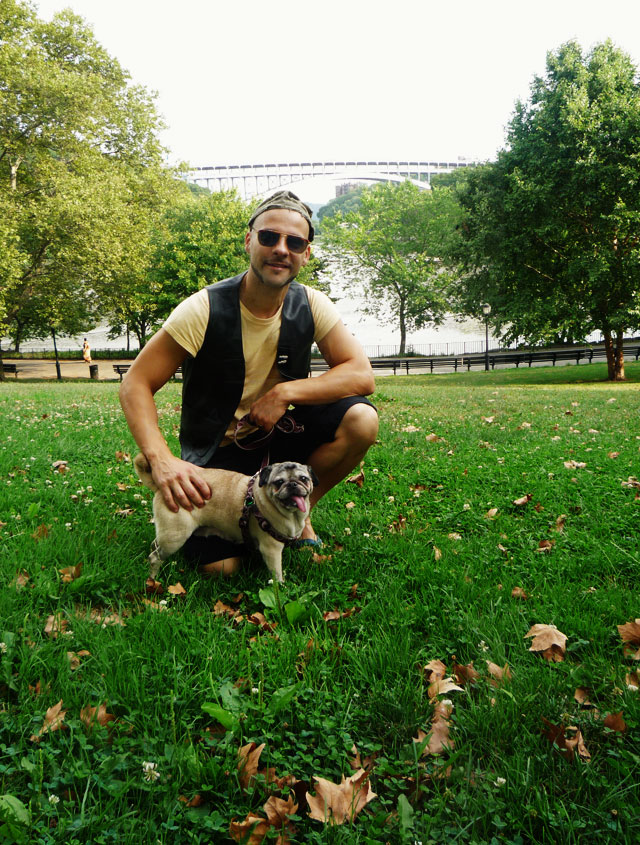 This entry was posted in NYC Life, Outdoor Life. Bookmark the permalink.