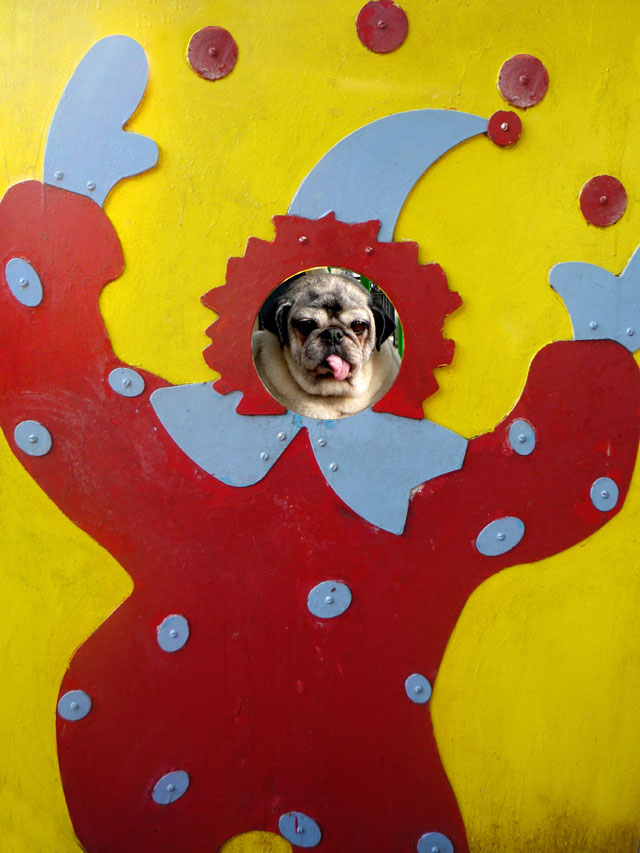 Our little gremlin is giving us a serious face for such a silly cut-out clown booth in the park! Maybe it was because we abruptly picked her up from the ground to take these photos and thereby interrupted her unyielding plight to scour the ground for anything edible the moment she set foot outdoors? Or perhaps sheâ€™s simply afraid of clowns and jestersâ€”in which case she is permanently traumatized! At any rate, Mamma looks incredibly adorable and miserable at the same time! Her face can only be described as that of a child who has just realized that his/her parents has hired the wrong entertainment for his/her birthday party! I guess we (Mammaâ€™s two annoying daddies) need to stop clowninâ€™ around because Biscuit Lady has had enough! No more detours through the park when taking Mamma to the groomersâ€”next time, a quick subway ride will suffice! 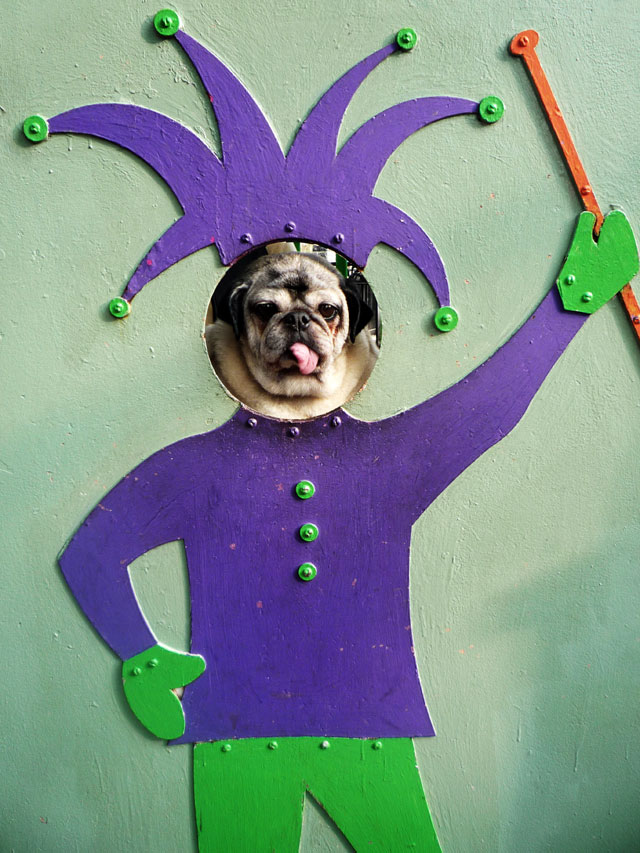 This entry was posted in Just Because . . ., Outdoor Life. Bookmark the permalink.

2 Responses to Clownin’ Around