The Ghost of Mammaâ€™s Halloween Past 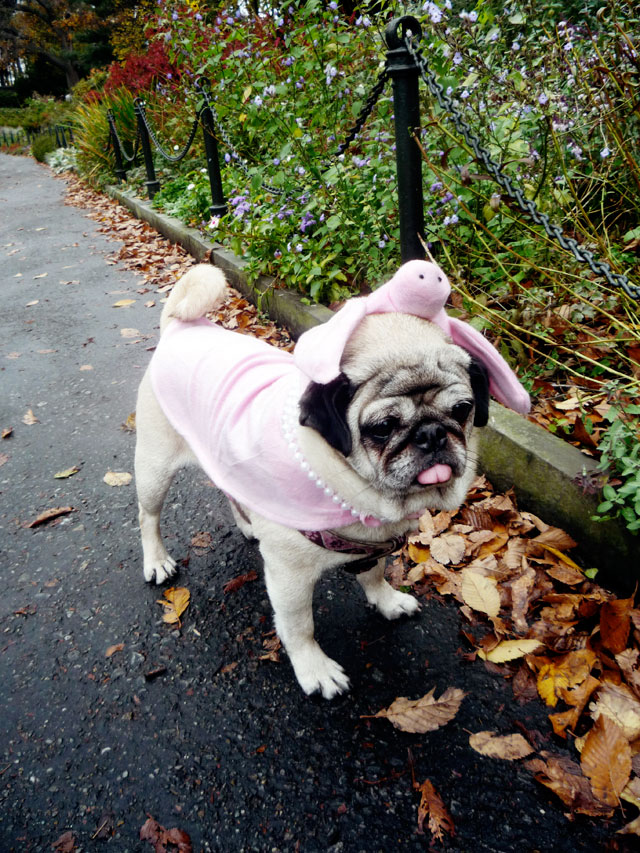 Pig, Pug, itâ€™s just one little vowel that really changes the animal in question however Mamma Biscuitâ€™s voracious appetite would really be more synonymous with Pig rather than Pug. At any rate, the Biscuits are reliving the ghost of Mammaâ€™s Halloween past with these photos of her as â€œPearls Before Swineâ€ in 2009! 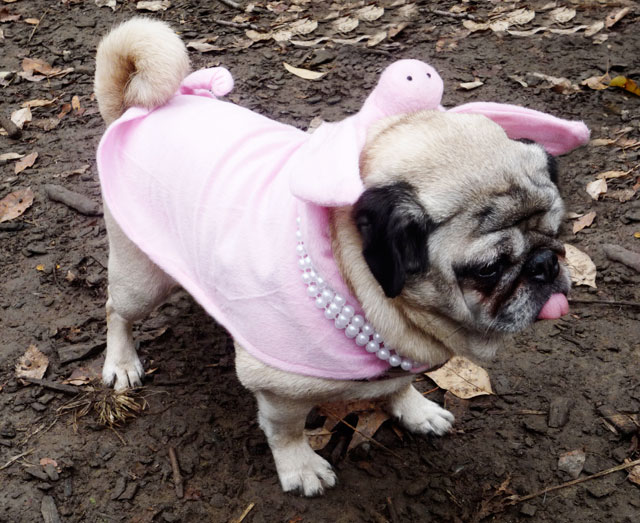 Do you see how muddy and wet the ground was in these photos? The fact that Mamma Biscuit was able to showcase herself in that pink pig suit and run around Fort Tryon Park for almost two hours without getting it dirty is a testament to how dainty she is. Our Biscuit Lady would rather spend an entire day at the doggy spa getting groomed than hanging out in a bacteria-infested dog run! Bitch clearly takes after her two daddies who have been known to obsess over facial masks and pedicures at the hot Korean spot in the West Village! 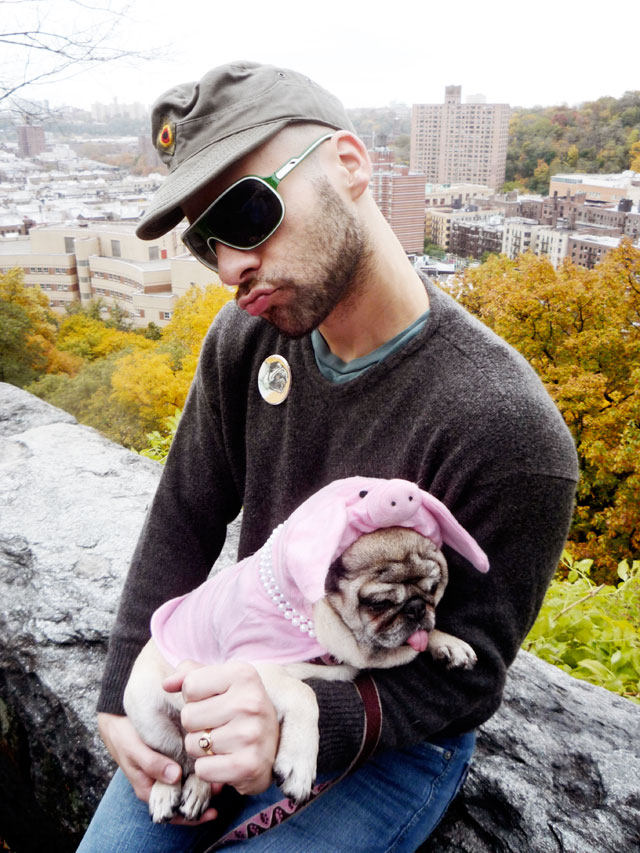 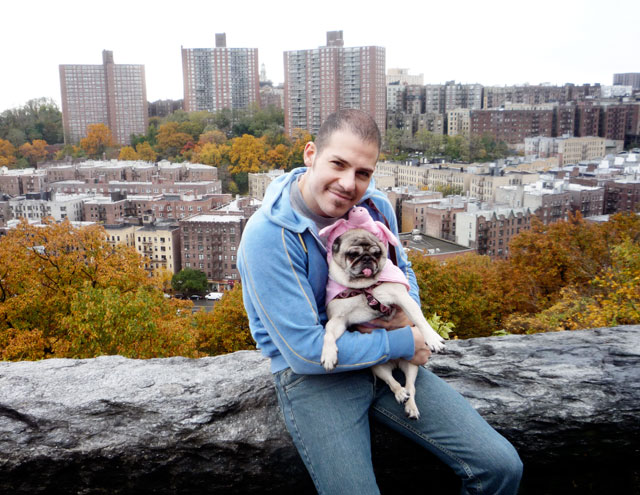 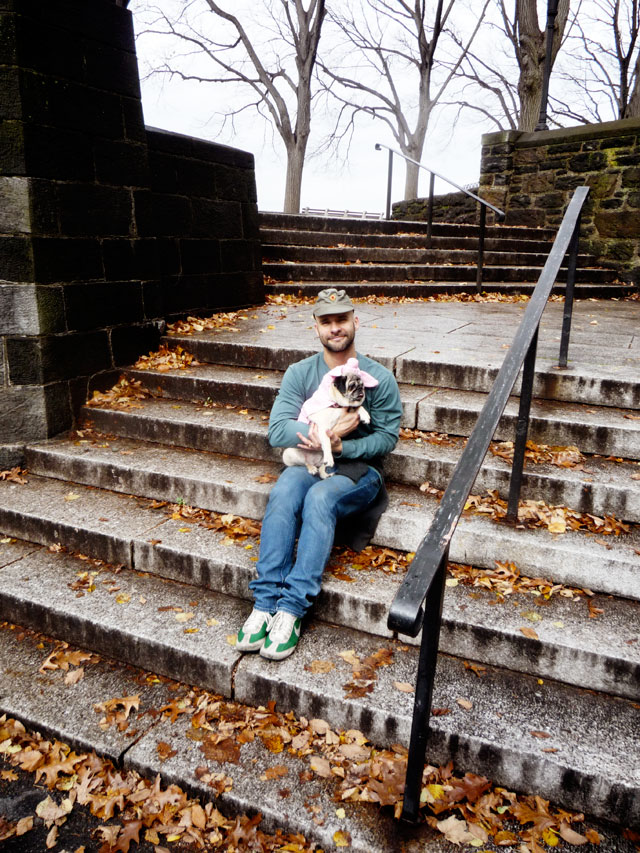 Anyway, here are a few photos of our little gremlin celebrating her first Howl-o-ween here in the big, bad city! This was also the year that I dressed up as John Galliano so donâ€™t be puzzled by my pencil thin facial hairâ€”itâ€™s not like I was going for a Little Richard/John Waters lookâ€”don’t get it twisted, people! 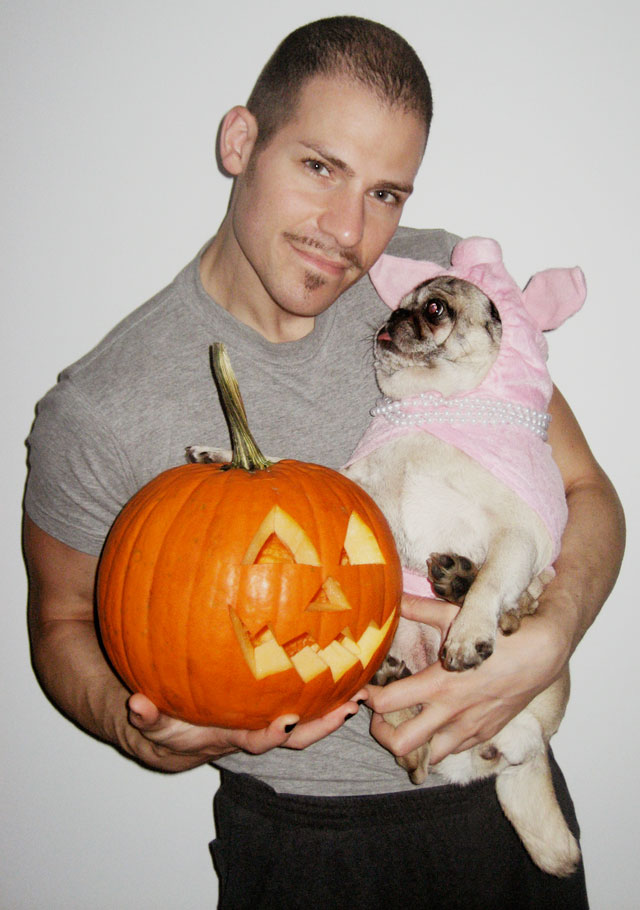 After a day at the park and eating more than her fair-share of soft-chew treats, our Biscuit passed out, snout to the floor at the pug palace while still wearing her costume! Trust me, we tried prying that costume off of her but she just wouldnâ€™t budgeâ€”so we let her win, as usual! 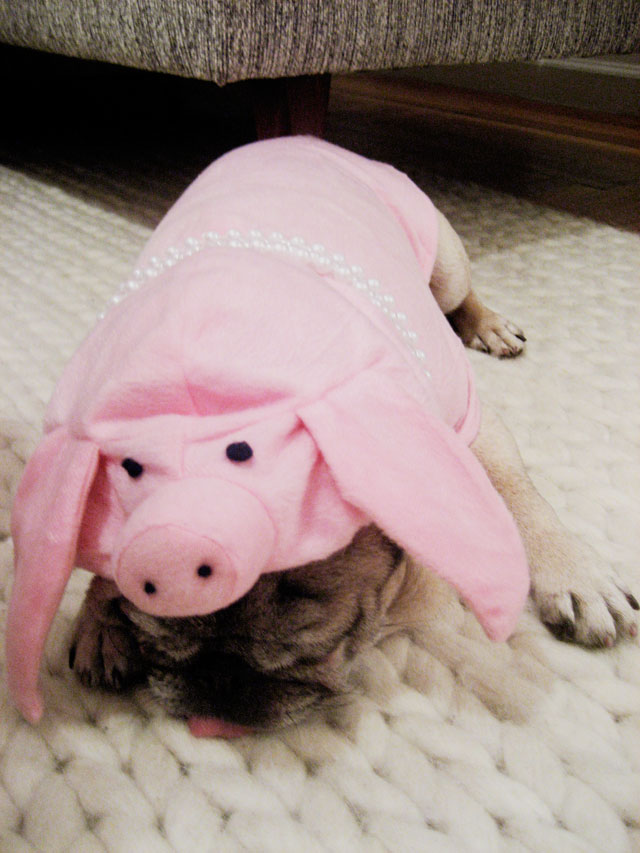 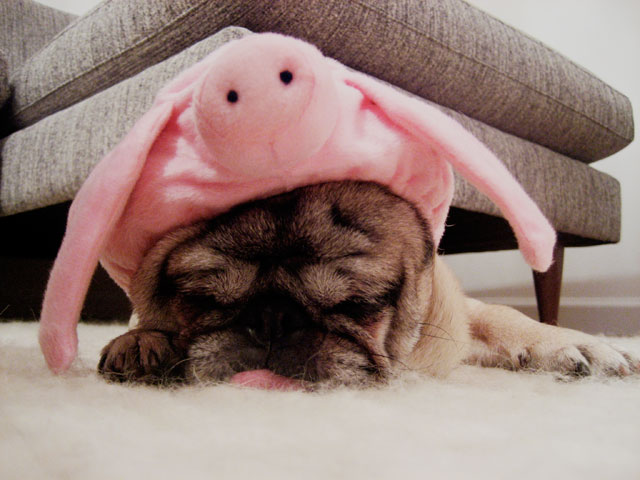 6 Responses to The Ghost of Mammaâ€™s Halloween Past