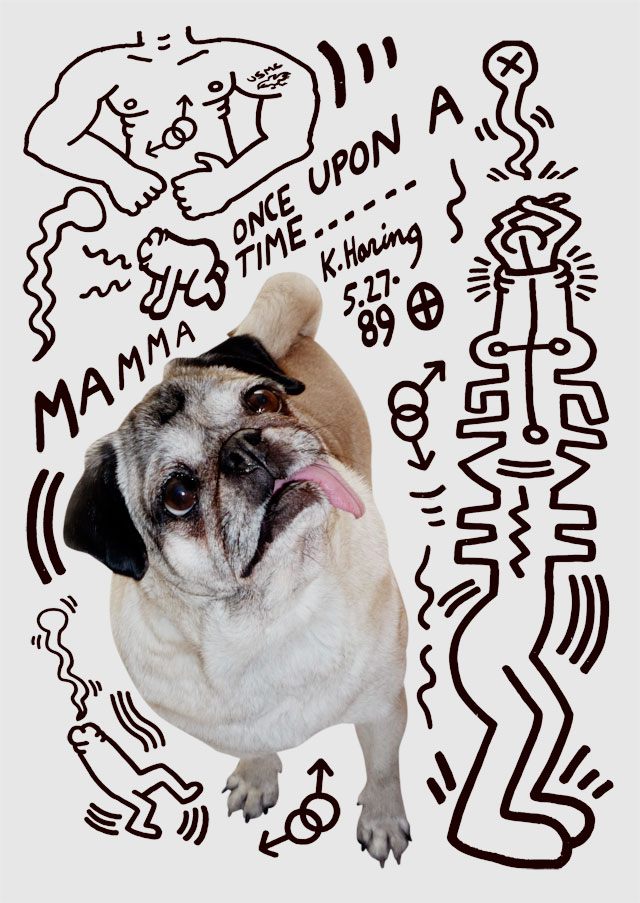 Hey all you Keith Haring fans out there, did you know that thereâ€™s a former boysâ€™ bathroom at the LGBT Community Center here in New York City with a Keith Haring mural adorning the four walls of the room? I know, leave it up to Mamma Biscuit, an NYC transplant pug from a puppy mill in Georgia to inform us all of whatâ€™s cool in this city! Our little Biscuit canâ€™t help but break this secret out to her fan baseâ€”afterall, Mamma Biscuit loves when graffiti art meets social activismâ€”especially when itâ€™s totally free and open to the public for viewing! 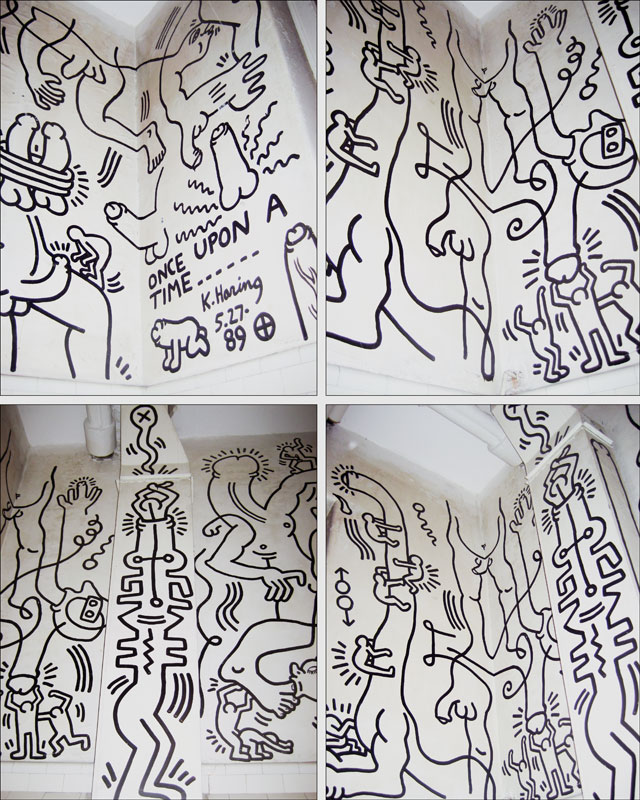 In 1989, artists gathered at the LGBT Center in NYC to commemorate the 20th anniversary of the Stonewall Riots. There were many artists who painted many rooms and hallways throughout the Center (a converted school) and Keith Haring was one of them. He painted this former bathroom (now a meeting space) at this celebration about six months before he died. Sexually charged and appropriately placed within the confines of a boys bathroom, Keith created an intricate web of gay sex and identity that just seems to circulate around the room like a giant infinity symbol. Mamma was totally entrancedâ€”and yes, in case you were wondering, we did indeed sneak the Biscuit Lady in very easily by putting her into that nifty and discreet LacostÃ© travel bag of hers last weekend when we visited the space.

So if you ever find yourself strolling through the West Village, make a point of stopping by the LGBT Center and simply ask the front desk to see the Keith Haring Bathroom, youâ€™ll be happy you did!

This entry was posted in Design, NYC Life, Oddities. Bookmark the permalink.