Twas the night before Christmas. . . . 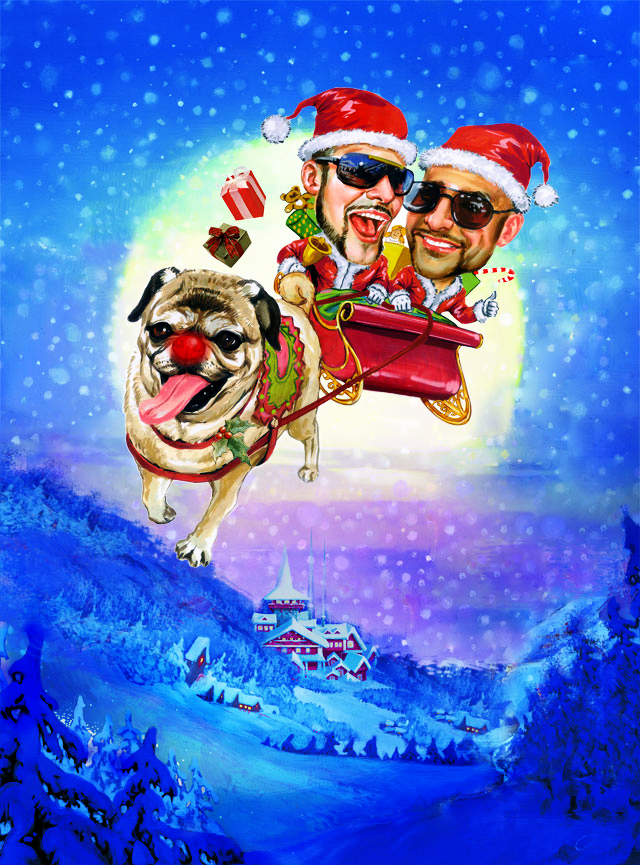 . . . and Mamma and the Biscuits were called on duty last minute to save this precious holidayâ€”worldwide! Turns out Santa Claus was fired up at his workshop in the North Pole. Apparently, management found hardcore elf porn on his computer system and a few elves have come forward citing sexual harassment! To make matters worse, Rudolf and the rest of Santaâ€™s reindeer have gone on strike and have currently joined the rest of the Occupy Wall Street protesters. So Mrs. Claus has filed for a divorce and Santa was temporarily removed from his position up North. Heâ€™ll be given a second chance as long as he admits himself into rehab for sex addiction and completes a 6 hour diversity training course from the Human Resources Department at the workshopâ€”but in the meanwhile, Christmas must go onâ€”and it will! Thanks to Mamma Biscuit and her bright red pug nose, she will guide our sleigh tonight as Tommy and I break into every home on the planet to deliver toys and goodies for little boys and girls! So if you hear pitter-patter of pug paws on your roof tonight or a little gremlin scratching at your window outside your fire escape, youâ€™ll know you’ve made the cut on The Biscuit A-list. Oh and one more thing, since Santa wonâ€™t be the one delivering all of your gifts this year, nix the plate of cookies and that glass of milk (we’re watching our weight) and replace it with a bag of soft-chew treats, a vodka and cranberry, a rum and coke, a six-pack of Blue Moon beer, a few lines of cocaine, a box of condoms and some lubeâ€”weâ€™ll totes appreciate it! 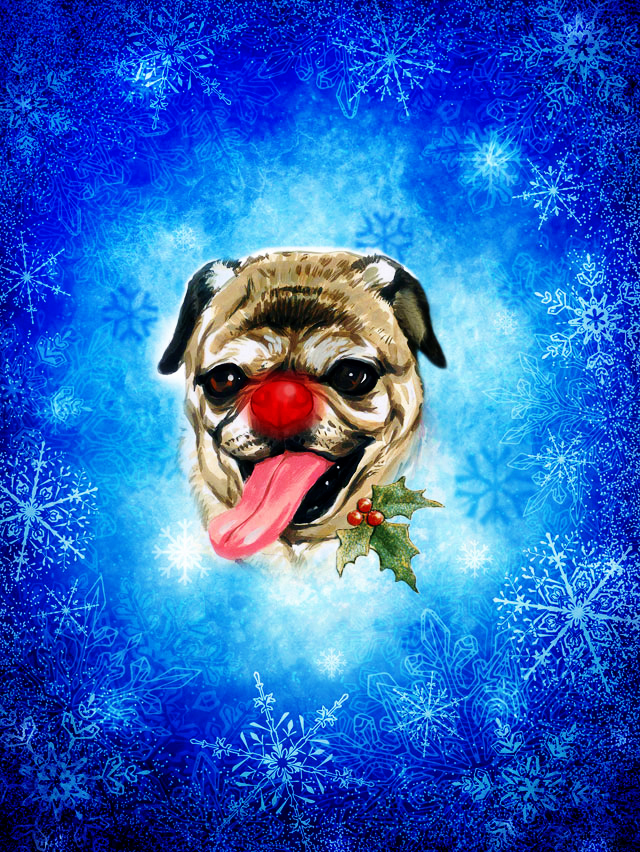 This entry was posted in Just Because . . .. Bookmark the permalink.

2 Responses to Twas the night before Christmas. . . .