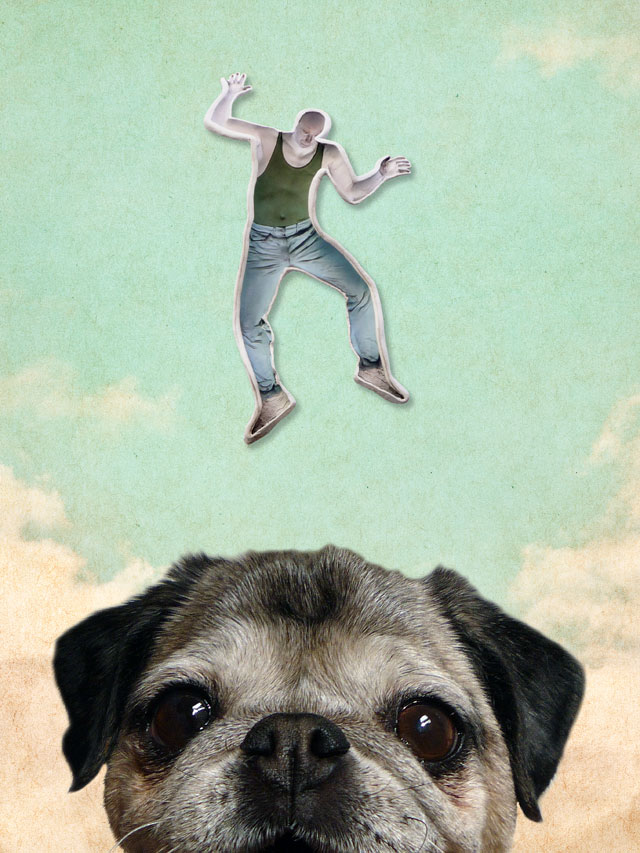 Thereâ€™s a reason why I donâ€™t look up into the sky while Iâ€™m prancing around New York City while shaking my curly tail. Ok, usually itâ€™s because Iâ€™m shoving my snout deep into a corner full of urine to give my sense of smell a good workout but the other day, when Daddy was walking me on 23rd Street heading westbound towards 9th Avenue, I looked up and saw a man falling down from the sky. I nearly jumped into my Daddyâ€™s arms from fright before realizing that the falling man was just floating up in the sky. So I parked my butt right on the sidewalk and gave it a closer look despite Daddy tugging me annoyingly from my leash in hopes to get me to continue walking. 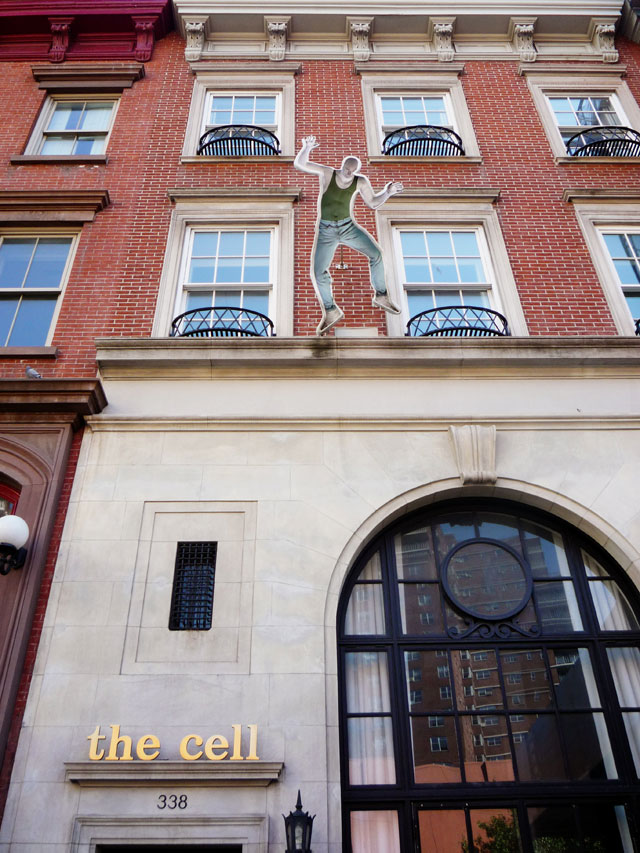 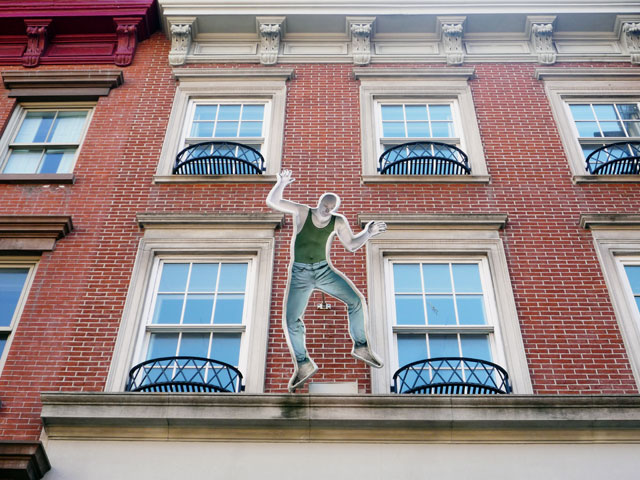 After a few unbearably cute pug head-tilts at the unmoving yet seemingly falling figure in the sky and a few confused and worried head-tilts directed at no one in particular on the sidewalk, my Daddy knelt down and gave me a pug kiss and a squeeze. I love it when he does that. I sometimes lick his forehead when he gets his face close to mine, but I digress. My Daddy then began to explain to me that the man falling from the sky was really a sculpture created by a neon artist named Craig Kraft. He explained that the sculpture, which was created in 1995, is a life-size negative cast, which curves inwardsâ€”and that at night, the neon lights placed inside the cast illuminate the entire piece. Before this sculpture found his permanent home on the Cell Theatreâ€™s building, Falling Man traveled the world and was displayed in Puerto Rico, Mexico and South Korea. Wow, I thought, barking twice in amazement! Only here in New York City could a dog like me walk by an nondescript building like this with such an adornment hanging off the facade! 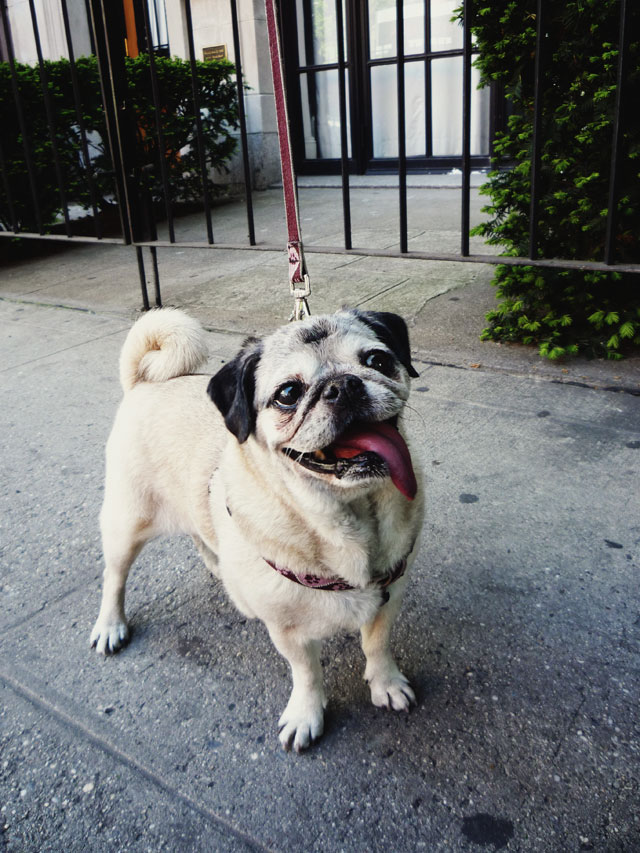 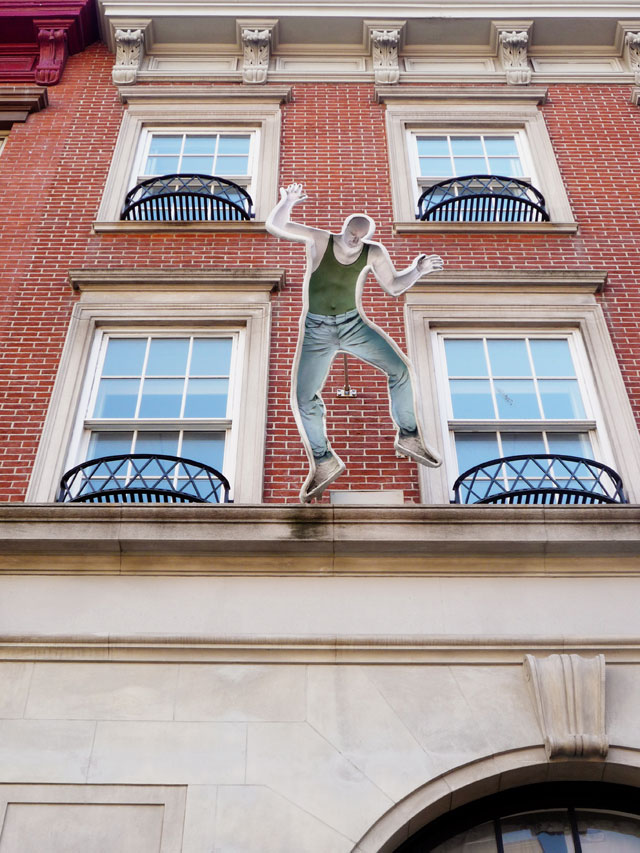 Now I donâ€™t know much about art, after all, Iâ€™m a simple pug with simple interests like napping, eating and well . . . napping but I would assume that this man represents the concept of the â€œartistâ€ taking a leap into the unknown considering it hangs from the facade of the Cell Theatreâ€” a modern day salon that leans away from mainstream performances to showcase emerging young artists or older artists who are underrepresented. Thatâ€™s not a bad assumption from a pug like me who nods off during the middle of the day! 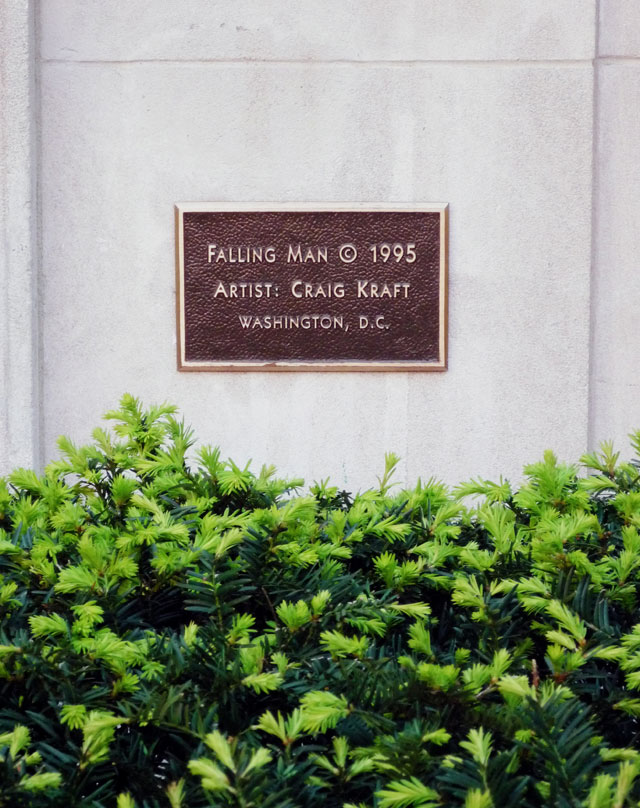 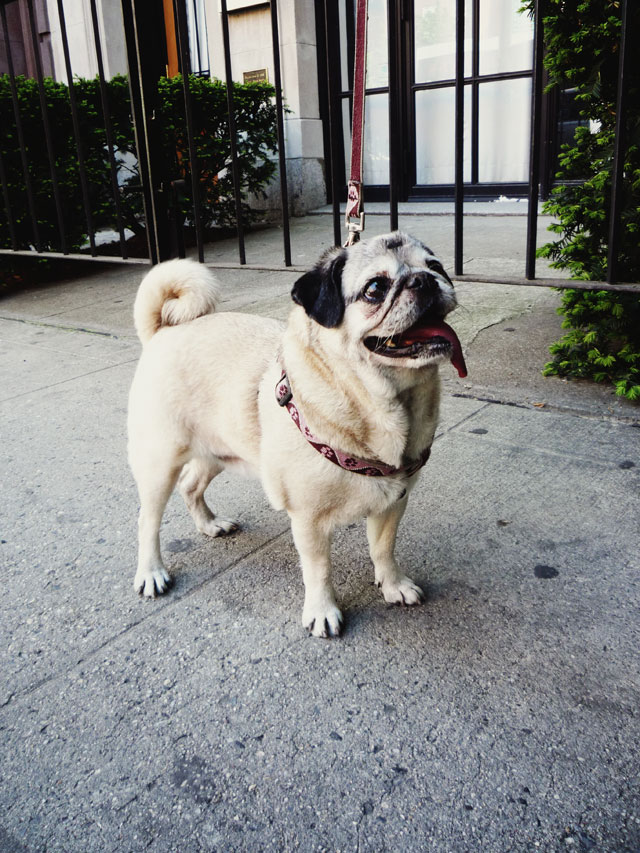 Oh, and in case you were wondering, Daddy gave me a whole bunch of soft-chew treats after we left the spot on the sidewalk below this sculptureâ€”all and all, it was a good walk!

This entry was posted in First-person narrative, NYC Life. Bookmark the permalink.

5 Responses to The Falling Man!