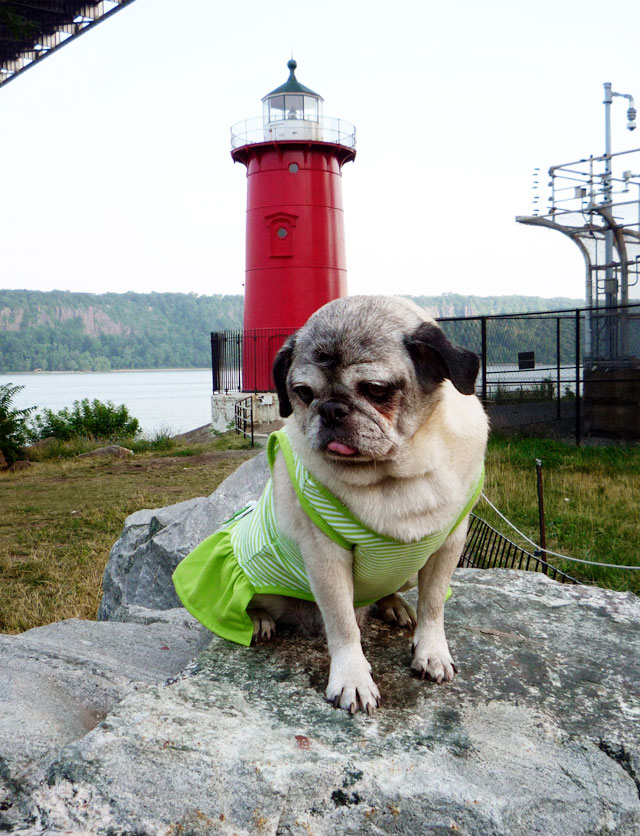 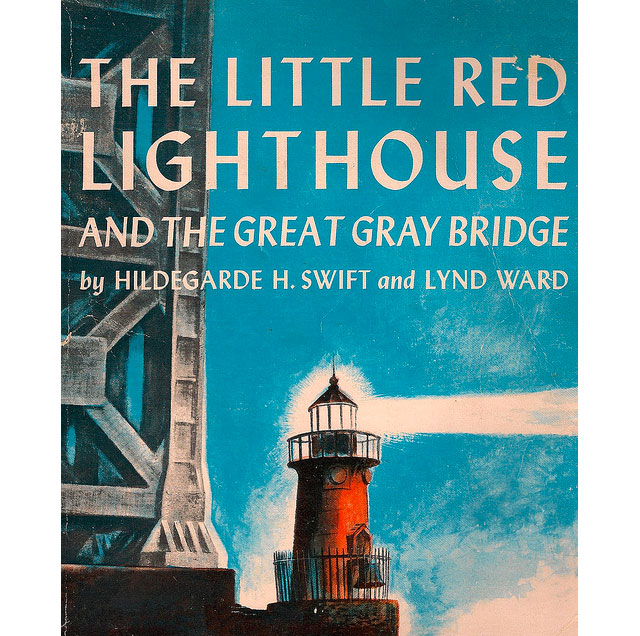 Illustrated by Lynd Ward, this tale of the friendship between the tiny beacon and the George Washington Bridge introduced children around the world to the red, round, and very proud little lighthouse in New York. This book is a staple in Mammaâ€™s library of books that we read to her before putting her to bed!

Built in 1880, the 40-foot tower was moved in 1921 to Jeffreyâ€™s Hook, a rocky point on the Hudson River near Manhattanâ€™s northern edge. The Lighthouse warned ships away from the shore as they made their way down the narrow channel between New York and New Jersey. However, when construction of the George Washington Bridge was completed in 1931, the brilliant lights of the bridgeâ€™s 600-foot towers overwhelmed the little Lighthouse. In 1947, it was officially decommissioned and abandoned, and by 1951, the Little Red Lighthouse was slated for demolition â€“ its cast-iron shell to be sold for scrap. Upon hearing of this news, thousands of children who had loved Swiftâ€™s book started a nationwide campaign to save the Little Red Lighthouse. Thanks in part to their efforts, ownership of the Lighthouse was transferred from the Port Authority of New York and New Jersey to the New York City Department of Parks & Recreation.

Today, visitors climb a long, iron stair to the top of the tower, where the lantern room is again fitted with a working lens that blinks proudly at cargo barges and passenger ships sailing under the George Washington Bridge. An annual festival, held at the lighthouse in September, typically includes celebrity readings of The Little Red Lighthouse and the Great Gray Bridge and other activities geared towards children. Past readers have included such notables as Isabella Rossellini, Dee Dee Conn, and James Earl Jones. The light was reactivated on September 19th, 2002, just before the 10th annual festival. The Little Red Lighthouse is now owned by the New York City Department of Parks & Recreation and is a member of the Historic House Trust. 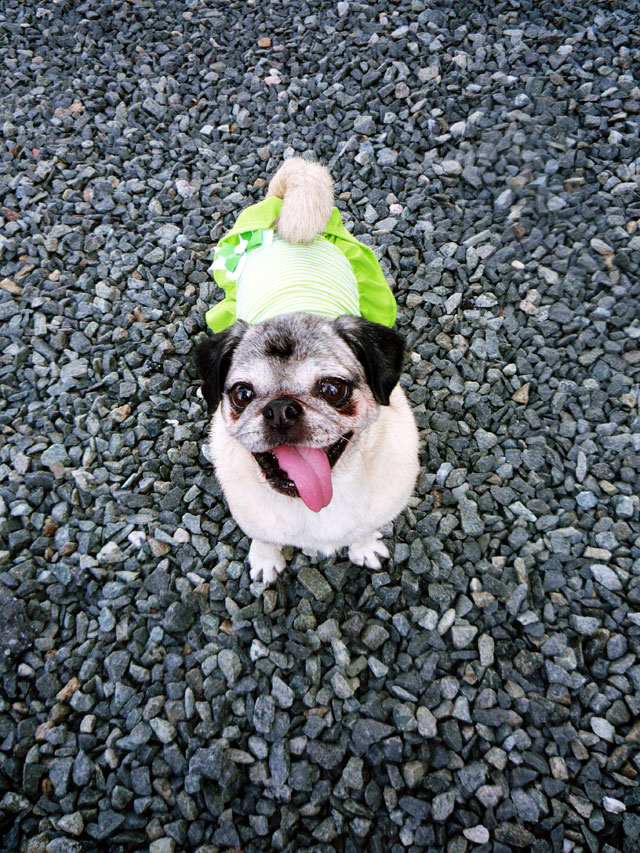 If memory serves me right, Mamma really enjoyed her early morning visit to the Little Red Lighthouse. The Hudson River and the park alongside the waterâ€™s edge were so peaceful at that hour! Mamma enjoyed a nice cool breeze blowing through her floppy pug ears as she gazed up at the lighthouse, pondering its size. It may be little, but just like Mamma, magnificent things come in small packages! 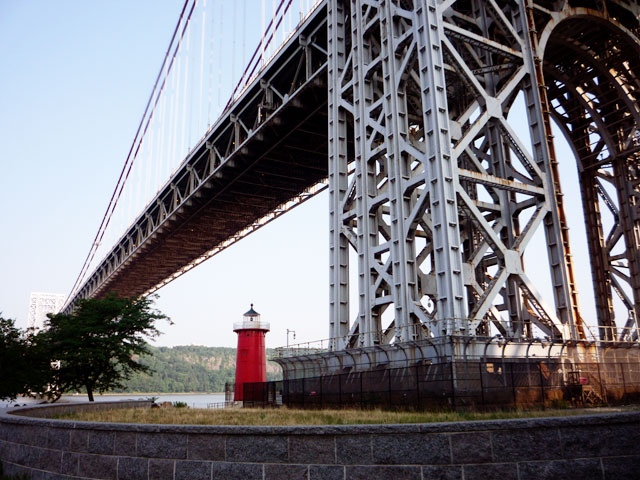 Mamma Biscuit and family want to wish you all a safe and fun 4th of July holiday. Be proud and thankful for having the simple right to life, liberty and the pursuit of happiness! Of course, Mammaâ€™s pursuits are pretty simpleâ€”food, water, soft-chew treats and the right to nap whenever and wherever she pleases! Ainâ€™t it great to American?

This entry was posted in Holiday, NYC Life, Throwback Thursday. Bookmark the permalink.