Our Pumpkin in the Pumpkin Patch! 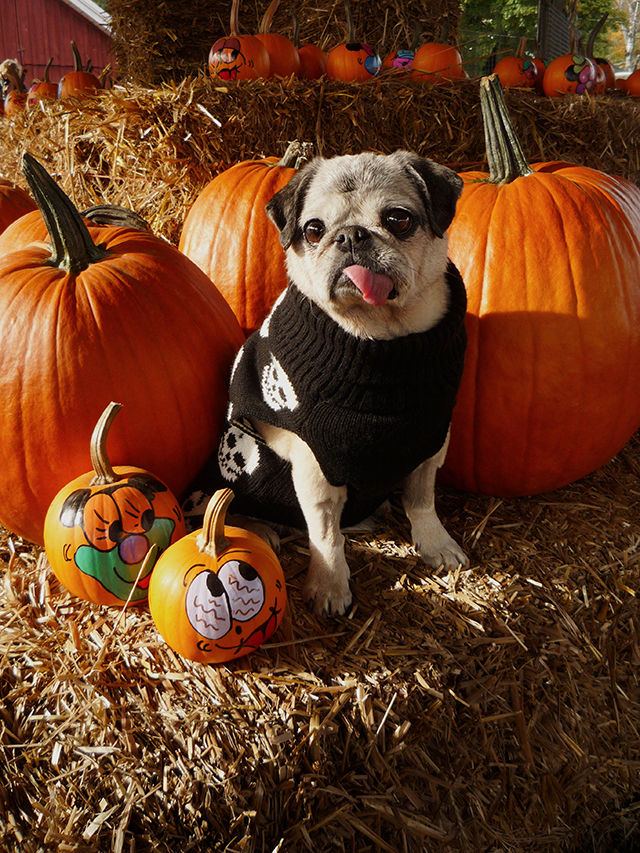 So this past weekend, we dressed Mamma Biscuit up in one of her spooky Halloween skull sweaters and headed out to the pumpkin patch to wait foolishly for the Great Pumpkin to appear. 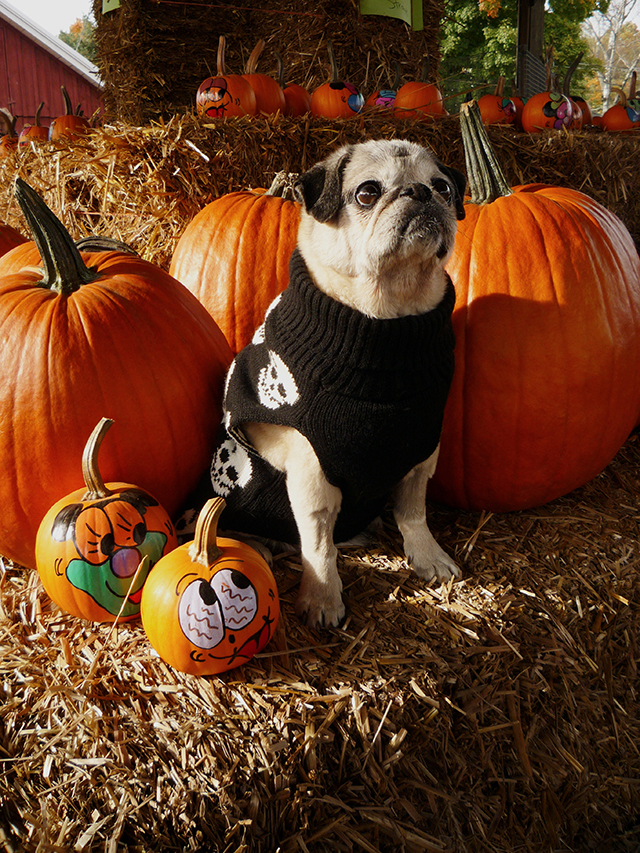 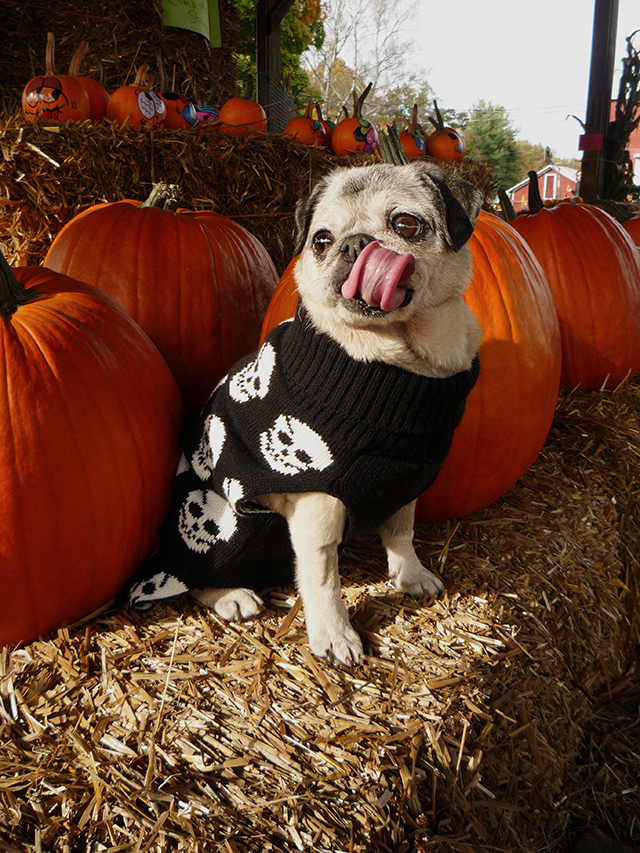 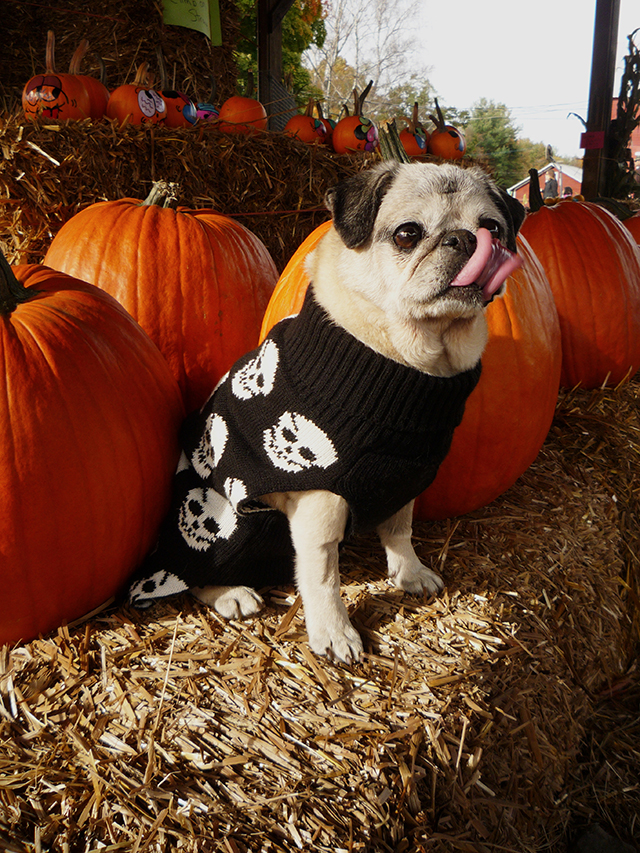 She endured pug kisses and a squeeze here and there from admiring passersbys and as the sun began to set, there was no sign of the Great Pumpkin anywhere! 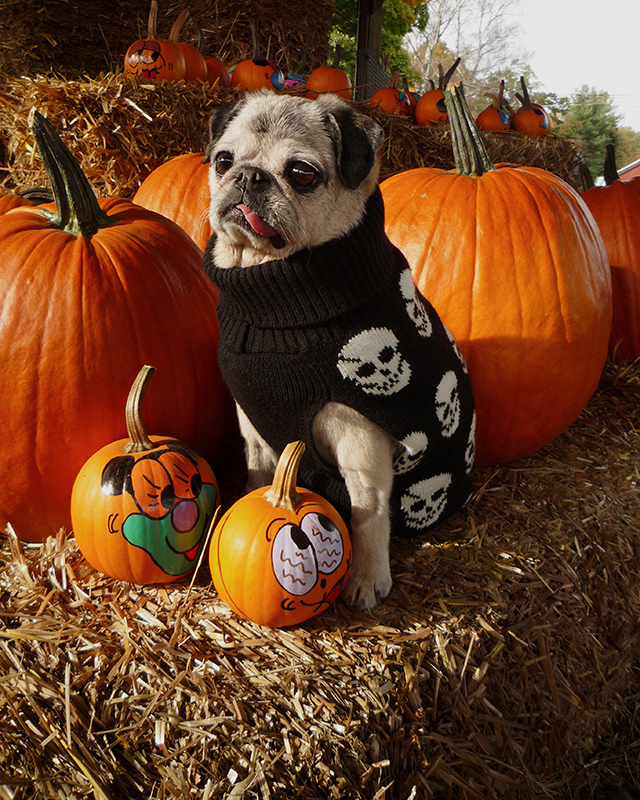 Then, suddenly, out of nowhere, she saw a vision of a giant figure with two big pumpkin heads side-by-side! Excitingly, she began to run around in circles, knocking down small, painted pumpkins in her path, thinking that finally, the Great Pumpkin has arrivedâ€”but unfortunately, once her vision was cleared, she realized it wasnâ€™t the Great Pumpkin after all but rather her Daddy carrying two giant pumpkins on his shoulders! Hey, itâ€™s not like we played a trick on her, we just thought that we could select and purchase a pumpkin while entertaining Mamma Biscuit and this damn fable! 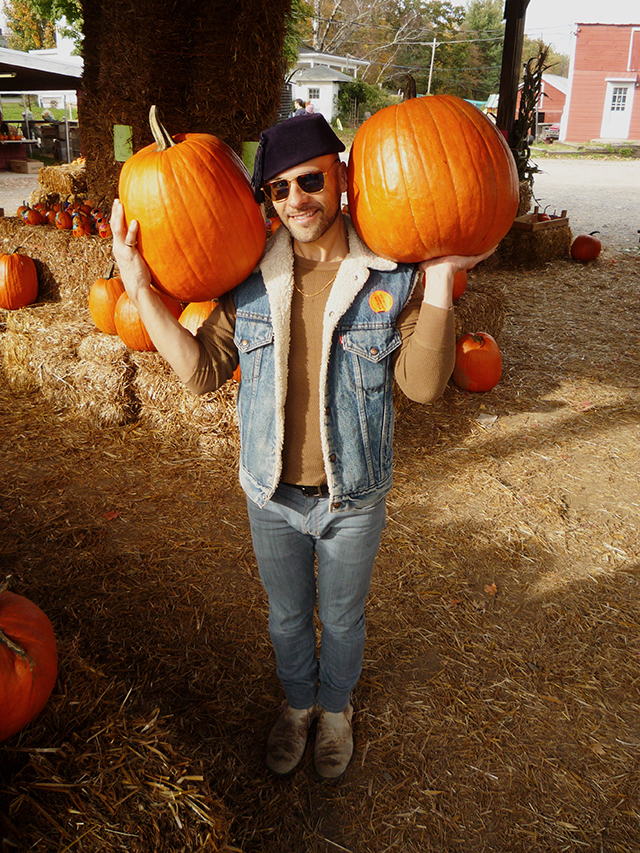 The sun finally settled down into the horizon and our Biscuit Lady licked my hand to let me know that she was totally done waiting for the Great Pumpkin to appear! Iâ€™ve learned not to mock Mamma like Lucy would have mocked Linus about his stubborn efforts to wait for the Great Pumpkin, so instead, I decided to snap a few adorable photos of our girl perched upon the haystacks of this pumpkin patch and call it a day! 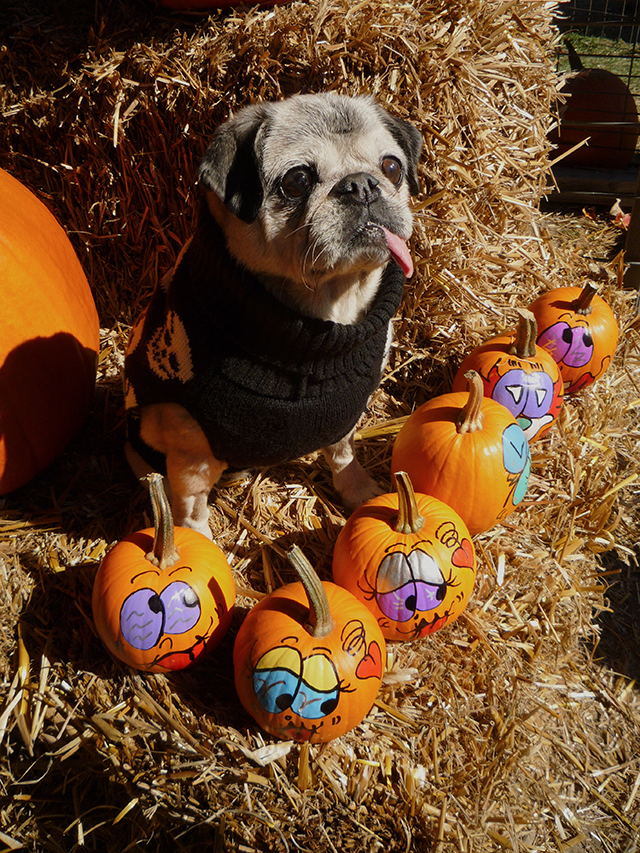 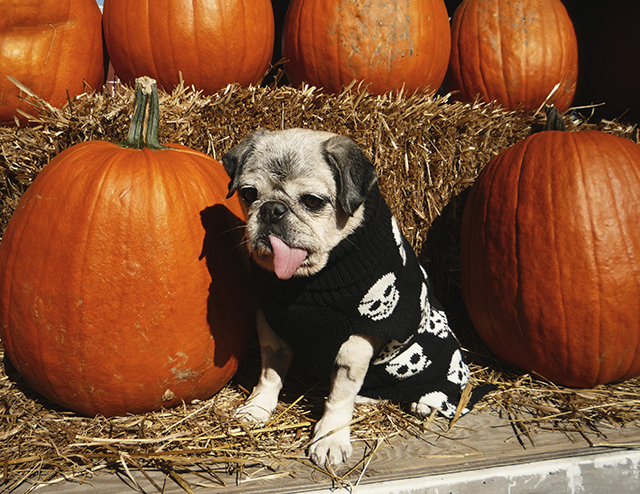 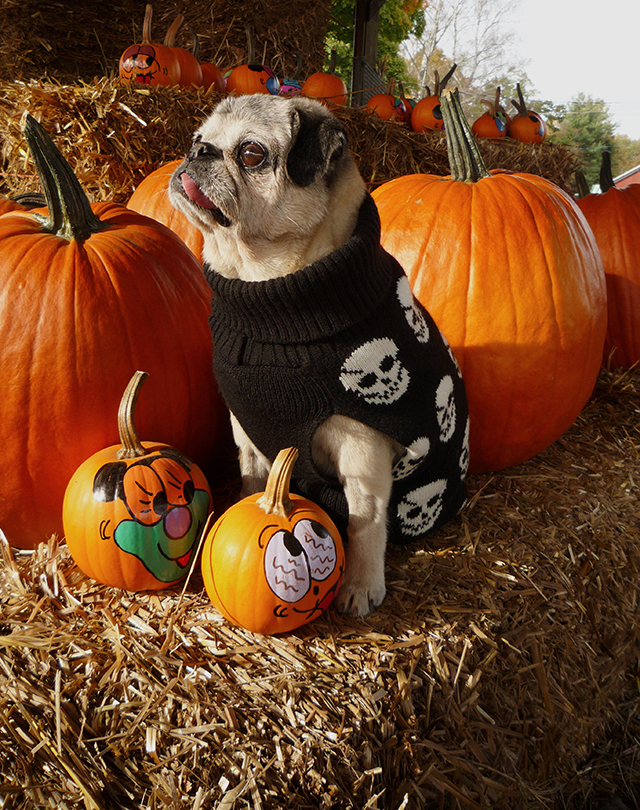 We also put Mamma Biscuitâ€™s disappointments at ease by reminded her that Halloween is only two weeks away and sheâ€™s gonna be prancing around in her costume, enjoying the festivities of the dead! The Great Pumpkin may not be real but he can sure live on in Mamma Biscuitâ€™s little puggie head as a source of inspiration! 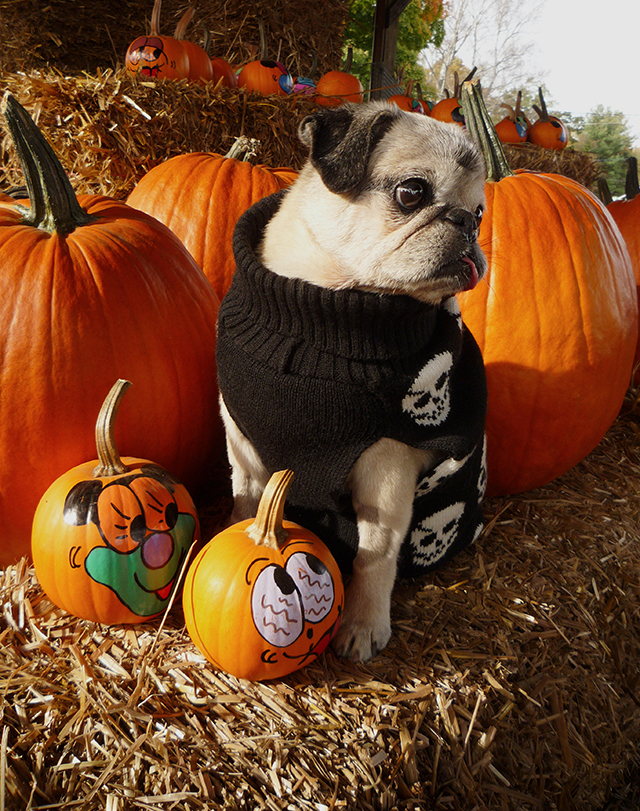 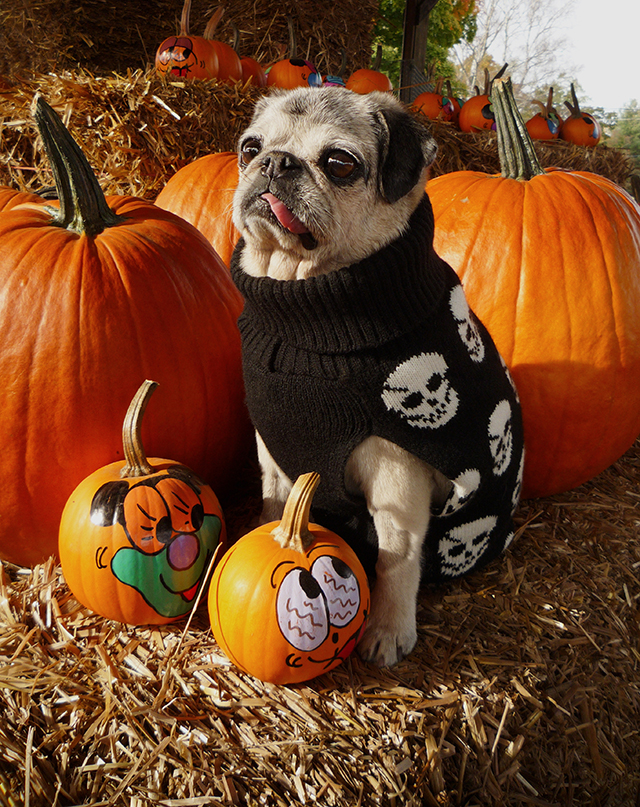 After all, we all need to believe in something!

This entry was posted in Holiday, Outdoor Life. Bookmark the permalink.

12 Responses to Our Pumpkin in the Pumpkin Patch!